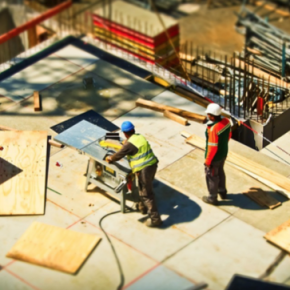 Is Brexit impacting the number of new builds in the UK?

Brexit has been a topic that has had a significant impact on just about every industry, and construction is no exception.

The number of housing projects dropped significantly at the tail end of last year, and while there are a lot of potential public sector projects that could result from changes following Britain leaving the EU, there has been an obvious reluctance towards signing off on anything while we are still in the run up to the general election.

So why has Brexit caused house building projects to fall, and what sort of longer term effects can we expect to see as Brexit progresses?

All about exchange rates

At the moment, the main issue with any construction project is the rising cost of materials while the pound is weak. The pound has never fully recovered from the drop in confidence in the markets that followed the Brexit referendum, and this essentially makes anything imported more expensive.

The pound tends to rally up a bit whenever major decisions are announced, such as following Theresa May’s announcement that the UK would leave the single market, so we can expect it to rise by way of a relief rally after the UK election (and this will probably happen regardless of the outcome, as currency relief rallies are normally more about the removal of election uncertainty than about confidence in the winner of the election).

Until then, however, many investors are taking a more ‘wait and see’ approach. Longer term, the fate of the pound, and also the trade agreements that Britain manages to negotiate with key exporters, will play a big part in construction project cost and viability.

The effect Brexit will have on the demand for housing, and therefore potential for new builds, is yet to be seen. Some analysts predict that house prices will drop and therefore more people will enter the market looking for entry level properties, though buy to let is likely to become less common in this event (and also because of tax changes affecting landlords).

At present, it seems some people are preferring to wait out the uncertainty with their money invested in other ways, such as in ISA plans, rather than invest in property, so growth in the housing market has slowed down. Reduced immigration following Brexit could also have a part to play in demand levels in the future, but we don’t yet know exactly what Britain’s immigration policy is going to look like.

Labour in the construction industry

As well as the cost of materials, there could be potential changes in terms of labour following Brexit, with less workers coming to the UK from other EU countries. The election could also have a part to play in this, with the Labour party promising increases in the minimum wage that may affect some businesses.

There are so many unknowns that it is hard to say what impact Brexit is going to have with any certainty, but it is clear that a weakened pound and a reluctance to make plans while decisions are being made are already affecting the industry.