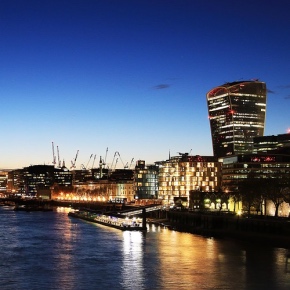 London drops in rankings of most expensive cities for construction

London has dropped two places in the rankings of the world’s most expensive cities for construction.

The rankings form part of a report by Arcadis titled ‘International Construction Cost 2017: Cost Certainty in an Uncertain World’, which analyses the cost of construction in 44 of the world’s largest cities. The report maps the construction costs of 13 building types in a standardised currency and plots the high end and low end of a city’s cost profile.

London has fallen two spots to fourth place, largely due to the uncertainty surrounding Brexit, the skills shortage and the depreciation of the pound, whilst New York remains the most expensive city for construction projects by a wide margin.

Both Hong Kong and Geneva have overtaken the UK capital, whilst the top ten is rounded off with Macau, Copenhagen, Stockholm, Frankfurt, Paris and Vienna. See the full rankings below. 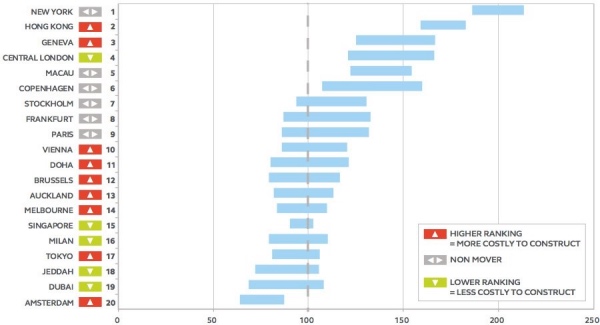 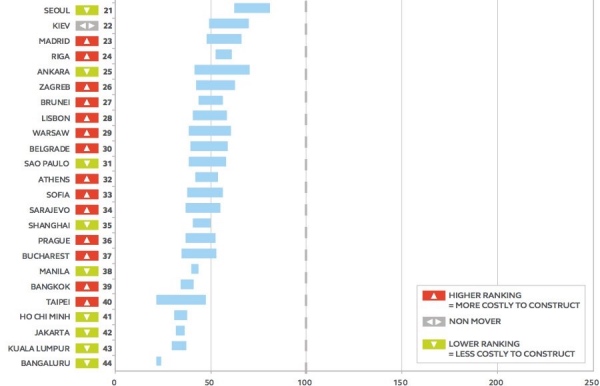 Commenting on the differences in cost profiles of cities, Arcadis global solutions leader, Edel Christie, said: “World cities, including London and New York, continue to be some of the most expensive locations in the world to build. However, a slowdown in the rate of global growth, led by China and the resource economies, such as Brazil and Saudi Arabia, points to wider changes affecting the world’s construction markets.”