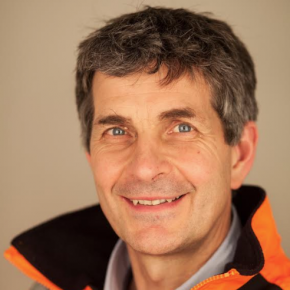 The Board of Directors at S Norton & Co Ltd, one of the UK’s prominent metal recyclers, has announced the resignation of Roger Morton as MD of both S Norton and Axion Recycling.

Roger (pictured) will leave his full-time employment with both companies on February 28, with the Board of Directors expressing their ‘mix of sadness and gratitude’.

He will, however, continue in a consultancy role, acting for both companies on a project by project basis, over the coming months.

Roger helped to form Axion, a plastics recycler and resource recovery consultancy, in 2001 and the subsequent joint venture with S Norton in 2006. He was appointed Managing Director of S Norton in June 2016.

Throughout the whole of this time, he has worked tirelessly on the development of waste recycling.

In his role as Managing Director of S Norton, Roger has fulfilled a vital role in the reorganisation of the company, particularly in relation to corporate governance, regulatory compliance as well as organisational and operational matters.

At Axion, it will be ‘business as usual’, with many of the staff who previously reported to Roger now reporting to Judith Clayman, who becomes General Manager.

Judith is one of Axion’s original employees, who has been Axion’s Finance Manager for many years.

John Norton, Chairman of S Norton & Co Ltd, commented: “Axion is at the forefront of recycling plastic from end-of-life vehicles and Waste Electrical and Electronic Equipment (WEEE), thanks to Roger’s dedicated service, drive and enthusiasm.

“We are grateful for the changes that Roger has helped us to introduce at S Norton. I am sorry that Roger is leaving us and wish him well for the future.”

Roger commented: “I am sad to be leaving my friends and colleagues at S Norton and Axion. They are both great businesses that are helping to save the planet by recovering vital resources for the future. I am privileged to have been part of this industry.”

“I am particularly grateful to John, Charlie and Matt Norton for their vision, integrity and commitment in supporting Axion as it developed into a sector leader over the past 12 years. They deserve great respect from everyone in the industry. I know that S Norton and Axion will continue to grow and flourish under their leadership.” 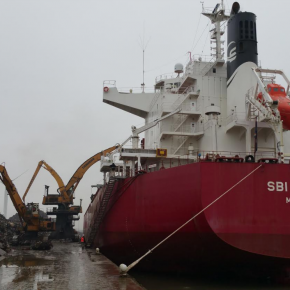