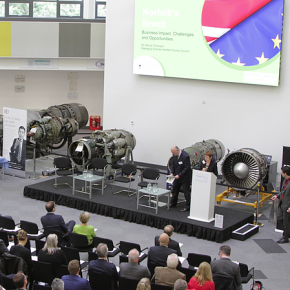 A world first Aviation Academy situated in Norwich has been transformed into an innovative learning environment, with help from Hush Acoustics.

Based within a World War II aircraft hangar, it features a museum, cafe and now classrooms, catering for pupils and youth organisations, whilst also holding events and conferences.

Hanson Barron and Smith Architects worked on the designs of this custom facility and plans were made to fit a mezzanine floor within the atrium on which the classrooms would be created.

The atrium itself holds conferences that can accommodate more than 300 people and so to ensure the acoustics within the building were fit for purpose, Hush Acoustics visited the site to see how it could meet the required acoustic standards.

On visiting the site, an acoustic concern within the building was the footfall noise being created from the mezzanine floor; therefore, a solution was needed to reduce this noise.

Hush calculated 1500 square metres of Hush Panel 17 was needed for the entire area, which would be fitted over the structural plywood deck.

Hush Panel 17 is a thinner overlay board which minimises floor build, without no compromise on performance. By reducing impact sound transmission through the separating floors, it achieves phenomenal results.

Working with Robert Goss from Hanson Barron and Smith and RG Carter, who were the main contractors on site, in excess of 2000 sheets of Hush Panel 17 were supplied and fitted to the area.

Hush expressed its pride at having been part of the project and said since the Academy officially opened in August last year, it has been a massive success. 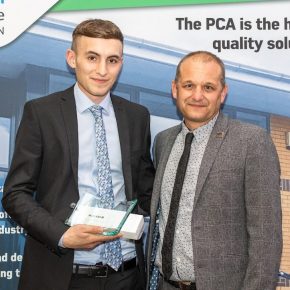 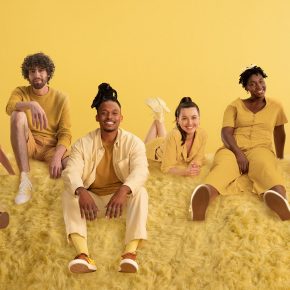