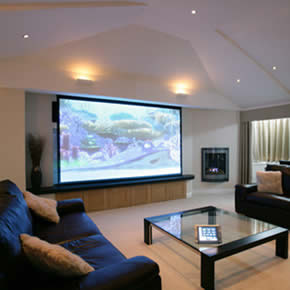 Just when you think the technical revolution of the smartphone couldn’t impress any more, the concept of the ‘Smart Home’ is finally becoming mainstream…

A Smart Home is one where key appliances can be controlled remotely. For example, you may want to boil the kettle downstairs while in the bedroom, turn on the washing machine from work or turn the heating on while on the bus home. Smart Home technology makes all this possible.

Smart Homes are typically controlled via the use of smartphones and computers and essentially make life around the house even easier.

The highly anticipated iPhone 7 will come with a built in Home app (HomeKit) and your iPhone or iPad will soon be able to perform your household tasks such as those mentioned above.

Network provider O2 are also getting in on the act. The telecommunications company released ‘O2 Home’ this month. They are the first mobile operator in the UK to show they are serious about getting involved in the Smart Home revolution and its set to paid dividends with the concept estimated to be worth about £150 billion within the next four years.

O2’s concept will offer a series of interconnected plugs which allow you to control any device. It’s a big plus for your security too, cameras and burglar alarms can be controlled via the app, regardless of your location and with GPS technology and the security software can react to your arrival.

Whereas Apple received criticism for its lack of release of compatible for their HomeKit, O2 offer almost 20 supported devices such as motion sensors, Samsung cameras and key fobs with subscription services that coincide with said devices.

The subscription service begins at £20 a month and may force British Gas’s Hive home heating device off the market. It comes with a smart hub, presence, open and close sensors used for doors and smart plugs. O2 also install the technology for you, acting on figures that suggest while many are interested in Smart Home technology, they are reluctant to self-install it.

The future of home building and buying

In the future when purchasing a property, the house’s operating system may be one of the deciding factors for potential buyers. In line with this, Property specialists the Open Property Group estimate that Smart Home technology will add anywhere from £3,000 to £6,000 to a properties asking price.

Indeed, with many prospective buyers keen to buy a Smart Home, at their Worldwide Developers Conference, Apple revealed that five homebuilders have agreed to support HomeKit in new properties. This is huge news as it shows that finally property developers are getting serious about Smart Homes.

With homebuilders set to implement smart technology into essential features of a typical property such as lights, locks and thermostats, the concept will no longer be considered as just a niche market.

Currently, around five percent American households have smart technology installed with no definitive figures for the UK. It’s not just Apple’s HomeKit people are using. Google’s Nest and Samsung’s SmartThings are also receiving a lot of attention, which is why Apple is looking to get homebuilders on side.

With Driverless cars, drone delivery and now Smart Homes, a new age of convenience living is upon us.