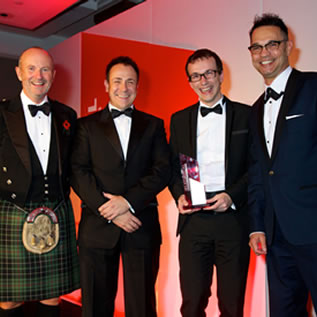 The British Standard for domestic smoke alarm installation, BS 5839-6, recommends interconnection for Grade D smoke alarm systems so that all alarms will sound throughout the property in the event of one detecting a fire, giving the resident an early warning of danger.

RadioLINK wireless interconnection takes away the disruption and time consuming work that usually occurs with hard-wired interconnection when installing alarms in existing properties.

Launched in 2008, RadioLINK was the first domestic fire alarm system to feature wireless alarm interconnection and installation techniques such as Remote House Code entry, has recently been improved to overcome the problems of fitting smoke alarms into HMOs and flats.

Accessories such as the Ei450 Alarm Controller enables a resident to test the system, locate a triggered alarm and silence it from one location and allow for full control of mixed hard-wired and RadioLINK systems.

Martyn Walley, National Technical Manager at Aico, said: RadioLINK technology makes mains powered alarms quicker and easier to install, so interconnection is more popular and it is far simpler to make changes to a system. Ultimately RadioLINK has provided a higher level of protection which may have led to more lives being saved.

Aico alarms are designed and manufactured in Europe to specifically meet UK standards and regulations under the strictest of quality controls.