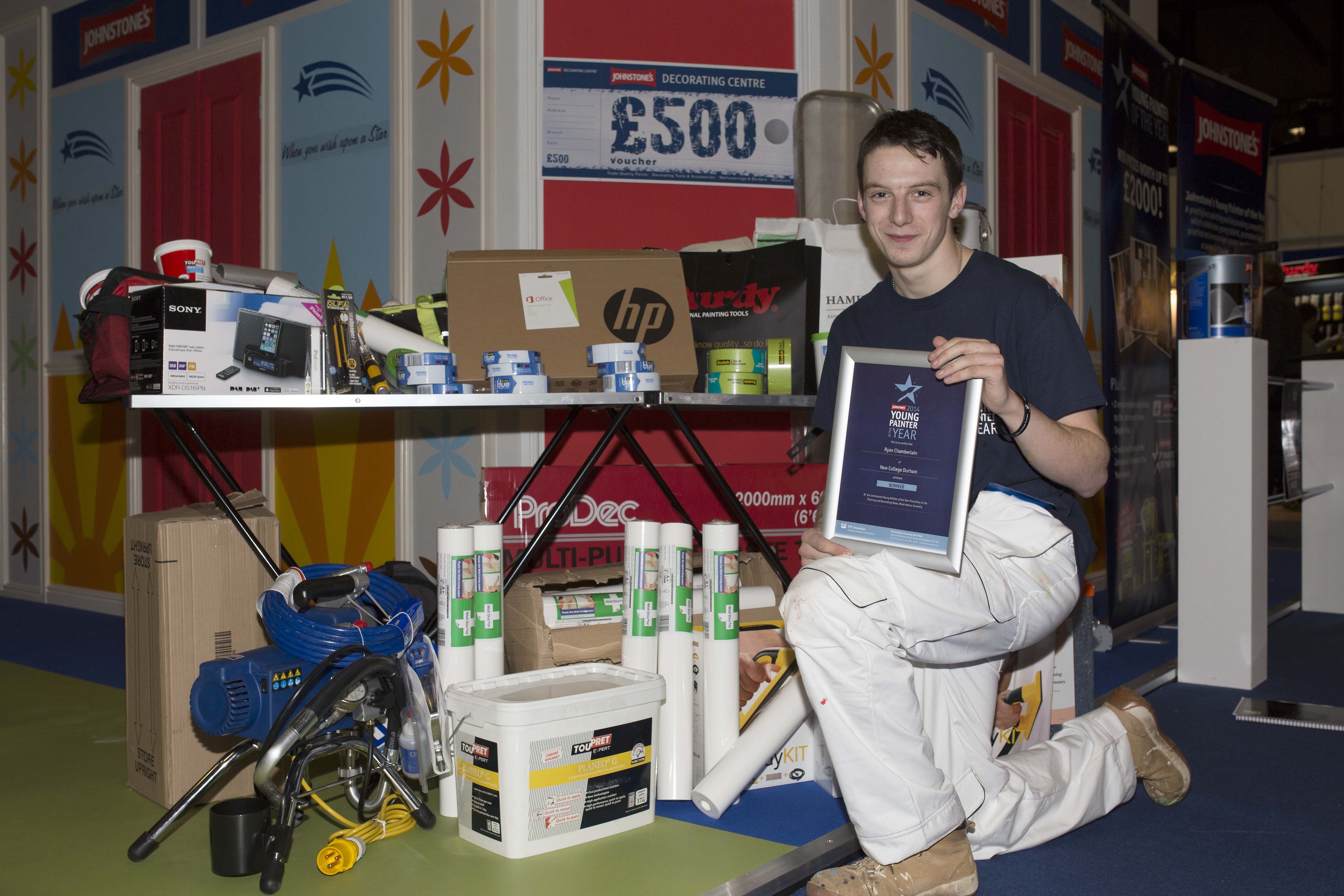 Ryan Chamberlain now works as an apprentice at Beamish Museum in County Durham:ñI thoroughly enjoyed being part of the competition – working closely with the Johnstone’s technical team, learning new skills, meeting new people and working under the pressure of being constantly watched by the thousands of visitors to the show.

ñIt’s given me a big confidence boost and I know that when it comes to taking the first steps in my career after college, owning the Johnstone’s Young Painter of the Year 2014 title is going to make a massive difference to my CV. I’d definitely encourage anyone studying painting and decorating at college to enter – it could be you next year!î

Thousands of students working towards NVQ level 2 or an Intermediate Construction Award in Painting and Decorating have taken part in the competition since its launch in 2005. Celebrating its 10th anniversary, it has now firmly cemented its position as the premier competition for young decorators looking to showcase their talent and take their first steps in the industry, with hundreds of young decorators taking part this year alone.

Pete McParland, a member of the Johnstone’s technical team: ñThe aim of the competition has always been to upskill and instill professionalism in young people entering the industry. The standard shown by this year’s competitors is proof that the industry is in safe hands and we could not be prouder in giving them a chance to shine in front of professional painters.

The work carried out by our eight finalists in this year’s Johnstone’s Young Painter of the Year competition has been first rate. Competing in the final certainly isn’t easy _ the tasks are complex, the time constraints are tight and contestants have to work in full view of professional painters, but they take it all in their stride. Each and every young painter who makes it to the final should be proud of what they have achieved.î