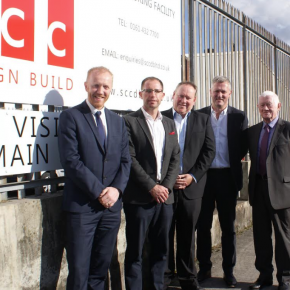 A SCC Design Build survey of more than 11,000 industry leaders has suggested there is an air of caution in construction moving forward.

Contractors, architects and housebuilders were all asked for their thoughts by the industry-leading supplier of pre-cast concrete solutions, focusing on issues concerning the construction industry, including the possible ramifications of both Brexit and Donald Trump’s election.

When asked about their confidence in the construction industry looking ahead, the general consensus was a ‘cautious’, as opposed to a ‘confident’ or ‘not at all confident’ feeling.

47% reckoned the construction industry would not experience growth in the next 18 months; with the other 53% thinking it will, this could imply many have hope for the stability of the sector.

41% thought Brexit negotiations would have the largest impact on their business over the next five years; with employee growth and skills highlighted as major concerns regarding our exit from the European Union. 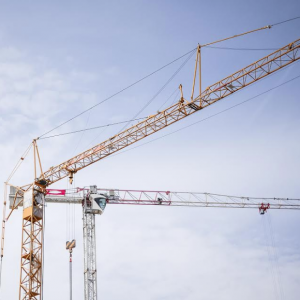 With approximately 8% of the construction industry’s workforce hailing from countries within the EU, the fact many could soon be leaving the country could severely dent the sector’s talent pools.

56% of respondents thought the number of employees in their business would remain the same this year, whilst 41% said it was very difficult to find workers with relevant skills.

However, 37% said they have no problem accessing the skills they sought to grow and develop their business.

Nevertheless, the mainly positive outlook was shared regarding questions about turnover and growth.

43% of business owners expect their turnover to rise and 81% believe new build housing (over public sector and government-funded infrastructure projects, for example) will bring the biggest opportunity for expansion.

However, respondents expected commercial projects, like hotels and schools, to remain steady going forward, with 51% saying they wish the government would spend more on major infrastructure projects, like HS2, to boost the economy.

Jim Durkan, Commercial Director of SCC Design Build, said the survey ‘improved our understanding’ of confidence levels and expectations within the industry.

He referred to the ‘widespread concern’ that had been caused by the uncertainty surrounding Brexit, but said responses despite this were not pessimistic.