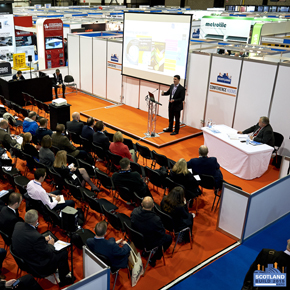 The 2015 Scotland Build Expo recently took place between 25-26th November at the SECC in Glasgow, bringing together 125 exhibitors to display the latest innovative products and services within the Scottish construction industry. 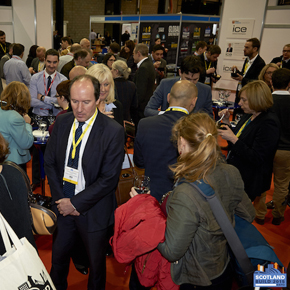 The Scottish Government had a strong presence at the event, with the conference keynotes delivered by representatives Stephen Pathirana, Head of Housing Markets, Strategy and Jonathan Astwood, Head of Practice Unit – Building Standards Division across the two days.

The event also featured six VIP Meet the Buyer sessions with keynotes from industry professionals such as Sir John Armitt CBE, who opened the Meet the Engineers session on day two.

Kevin Blunde of the Chartered Association of Building Engineers commented: “I was pleasantly surprised with the level of expertise and the knowledge of statistics that the speakers have at their fingertips. Its been pleasing to see such an attentive and informed audience for all of the sessions. The mix of exhibition, conference and workshops with plenty of networking opportunities has been greatly beneficial.”

Scotland Build will return on the 23-24th November next year. The next UK Build event to take place is the North England Build Expo 2016 which will take pace at Manchester Central on the 27-28th April 2016.