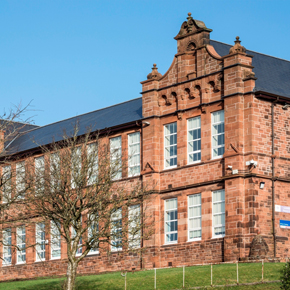 A Scottish primary school has been fitted with Redland Cambrian Slate, proving a traditional Edwardian building can still retain its authentic appearance using a modern slate substitute, along with traditional slate detailing.

The roof of the 111-year-old Lochwinnoch school was originally slated using Scotch slate that was at the end of its lifespan, which meant rain penetration was causing big problems.

The task at hand was to retain the school’s original image, complete with complex details such as hips, skews, valleys, the interface between flat roofs and around skylights, without costing as much as slate.

Renfrewshire Council and Redland came together to deal with the challenge; the answer being Cambrian Slate. 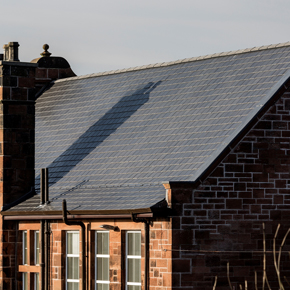 Precision engineered and manufactured using 60% recycled Welsh slate, it was the ‘ideal choice’ for the project, according to James Grant, the Project Architect for Renfrewshire Council.

“Offering the performance and ease of use of a modern tile, while providing a roof that was sympathetic to the naturally-tiled appearance of the original building,” he added.

A full Redland SpecMaster roof specification was undertaken by the company, alongside James Grant, which detailed all aspects of the roof.

These included raking valley details, sprocketed eaves, changes of pitch on the roof slope, detailing of top edge and side abutments, flat to pitch lead, ventilation at eaves and ridge, and underlay details. 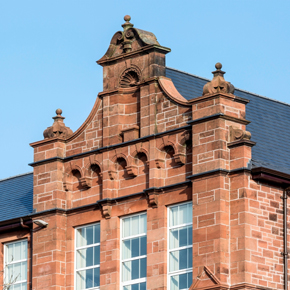 The council’s concern about the Cambrian Slates’ finish meant a particularly high standard of workmanship was needed. This was monitored by an on-site Clerk of Works and Keepmoat’s own site management team, with Redland’s Account Manager visiting regularly to offer support.

The change of pitch at the hip junction also proved difficult, so Redland produced a sprocket detail that overcame the issue. Another troublesome area, where the flat and pitched roof meet, featured a lead secret gutter, completed with immaculate results. 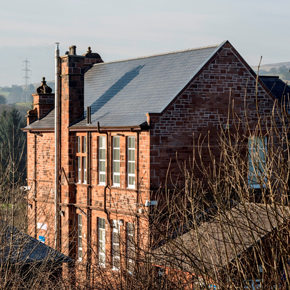 The Council also had concerns with regards to working on a school for five weeks of term time and the careful management that was required. One of the main challenges was keeping an open school wind and weathertight in the face of typically robust Scottish weather.

Work was also scheduled with the school administration to organise the works to various areas while focusing on leaving a high-quality finish. Overall, the spokesperson for the Council was “absolutely delighted” with the finished roof, done so on time, with the help of two apprentices on site.