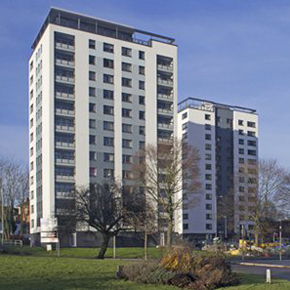 Structherm’s SEWI system was installed on three high rise blocks in Worcester to increase the buildings’ thermal performance. As a result, the buildings were more energy efficient and environmentally friendly, and additionally benefitted from a much needed new look.

Each of the 244 flats saved by the refurbishment now saves approximately £145 per year in fuel bills, and 610kg in carbon dioxide emissions.

The External Wall Insulation was also installed on 150 solid walled properties in a neglected area of Craghead – roughly 90% of the mining village’s housing stock – in a transformative project that has seen the properties’ value triple.

The project gave a specified ‘new brick’ effect to the properties, whilst retaining the original features and character of the village.

Contractors VolkerLaser and Westdale Services also receive recognition in conjunction with Structherm for their contribution to the installations.

Janicke Aitken, General Manager of Structherm, described the awards as “a testament to the company’s zero system-failure record, and its three decades as leaders in the field of EWI refurbishment.”