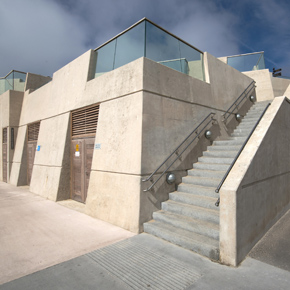 Sika’s PilePac concrete admixture has been used in Yorkshire Water’s new Bridlington Pumping Station, part of a £40 million development to improve the way that storm water is managed.

The scheme is designed to ensure that the quality of the sea water at the North and South bathing beaches meet stricter European standards, due to come into force this year and reinstate them to ‘Blue Flag’ status.

The project began in October 2012 and includes an 800 metre long underground water storm tunnel, a new pumping station situated on the Spa Promenade, and a coastal pipeline which will carry pumped water more than a kilometre out to sea.

Sub-contractor Bachy Soletanche carried out piling works, which involved dealing with difficult ground conditions caused by the high water table, together with a concrete mix that had the potential to lose its workability. 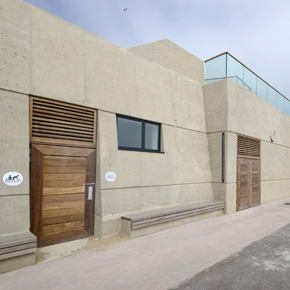 This was caused by a high cement content and the inclusion of Ground Granulated Blast Furnace Slag (GGBS), which was included to increase durability of the concrete in the harsh marine environment.

To overcome these problems, Sika PilePac was specified as an ideal solution. Pilepac is a specially formulated concrete admixture that is incorporated in Hanson EasyPile for use in difficult piling conditions.

The product enhanced the resistance of the concrete and prevented segregation when in contact with the ground water.

In addition to Sika PilePac, Sika Viscocrete-35RM super plasticiser was included in the mix to allow for significant water reduction and a high consistency and retained workability.

The pumping structure and surrounding pavements also posed a challenge from the concrete supplied, specifically its aesthetic appearance and durability.

It was requested that the colours of the concrete supplied to the pumping station matched those of the adjacent Spa, the leading theatre and entertainment venue on the Yorkshire coast. 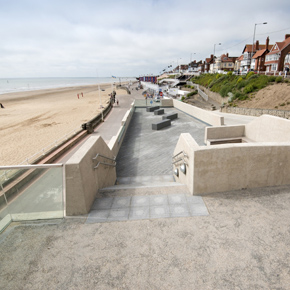 Although Hanson Concrete had previously supplied the Spa project, it had difficulty in replicating the colours on the pumping station due to the durability requirement of the GGBS incorporated in the concrete mix.

The liquid coloured pigments are added to the system in a unique automated process, allowing the exact dosage at time to ensure optimum colour accuracy and consistency.

Available in a near unlimited number of shades, the coloured concrete was produced was not only durable but also sun, weather and fade resistant.

The completed scheme will reduce the change of untreated water entering the sea during times of heavy and prolonged rainfall.

The new 800 metre long underground storm water tunnel will carry excess dilute waste water to the new pumping station, from where it will be pumped safely down the new coastal pipe over a kilometre into the sea.