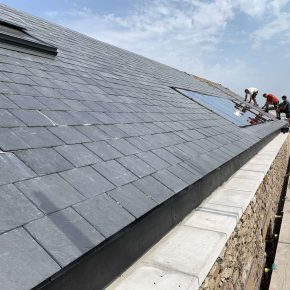 The conversion of a traditional barn within the conservation area surrounding Wells Cathedral in Somerset has benefited from the installation of CUPA PIZARRAS’ THERMOSLATE® roof solar collectors.

The new solar system will generate up to 57% of the occupants’ hot water requirements and save almost 459kg of carbon emissions per year.

When the owners of the two-storey traditional property embarked upon a significant renovation scheme, sustainability was a main priority from the outset.

Though the owners were eager to install a user-friendly solar energy solution, the system also needed to provide sufficient hot water for the family across the 350 square metre floor area of the property whilst blending into the new slate roofing. Likewise, providing a sympathetic visual continuity with surrounding properties was of paramount importance. 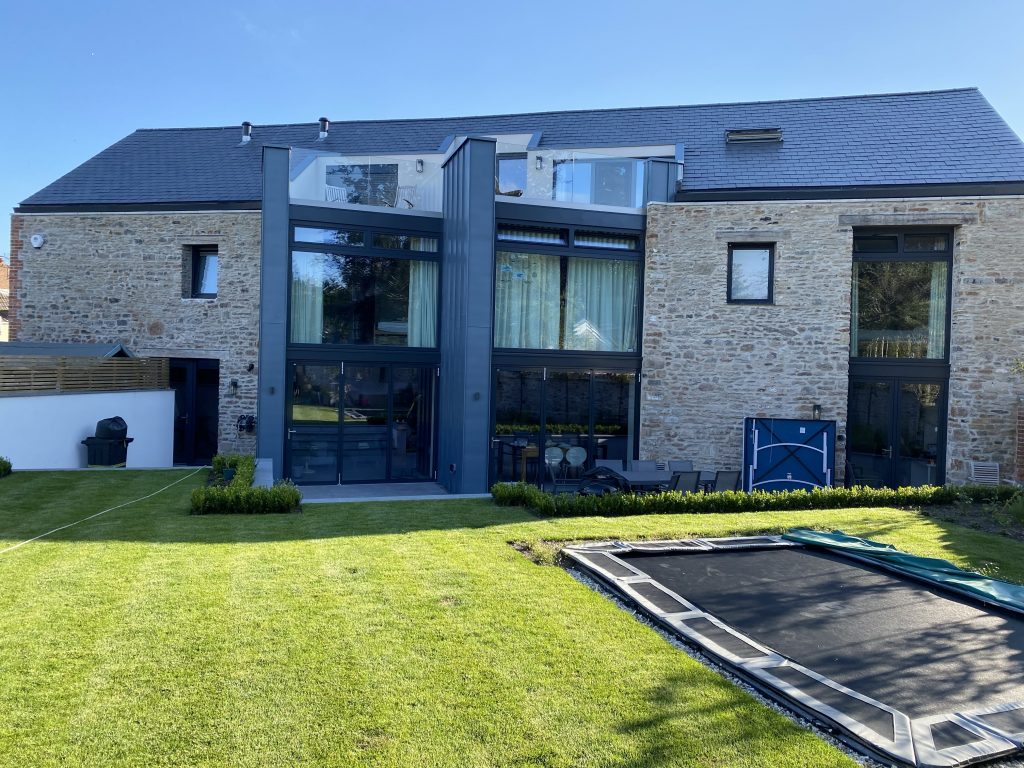 Paul Kellet, the architect for the project, commented: “My client was keen to use a natural material for the roof of the property, whilst also making a sustainable contribution to meeting the family’s energy needs. Planning consent had also been granted for the slate, to blend with the prevailing look of the local area.”

Following discussions with CUPA PIZZARAS, the specification of THERMOSLATE® and complementary CUPA R12 slates allowed Paul to meet these requirements, whilst also making a substantial contribution to the family’s energy generation needs.

Six THERMOSLATE® panels were fitted as part of the 190-square-metre slated roof area, which will be able to generate 57% of the energy required for the hot water of the property, saving the equivalent of 217 cubic metres of gas and reducing carbon emissions by nearly 459kg per year. 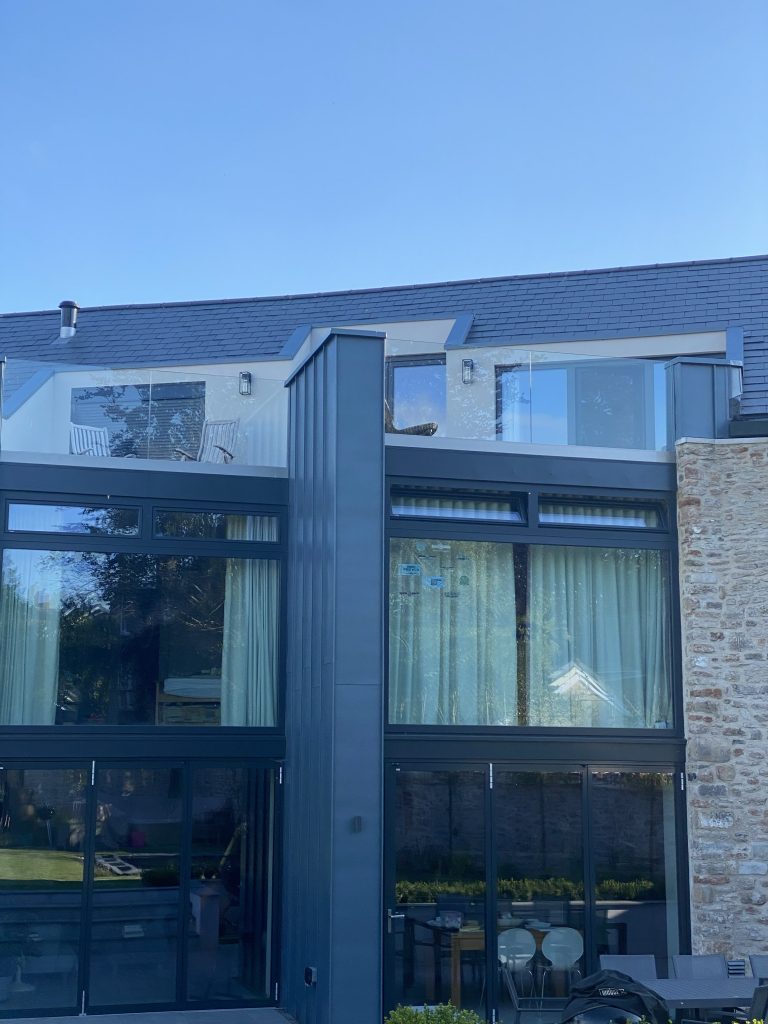 With the production of the panels generating embodied carbon of 390kg and the first-year emissions saving amounting to 459kg, the installation will achieve carbon payback in less than a year.

THERMOSLATE® naturally coheres with the prevailing roofing materials on a slated property; the CUPA R12 Excellence slates selected at Southover were seamlessly integrated thanks to their uniform thickness and colour match. 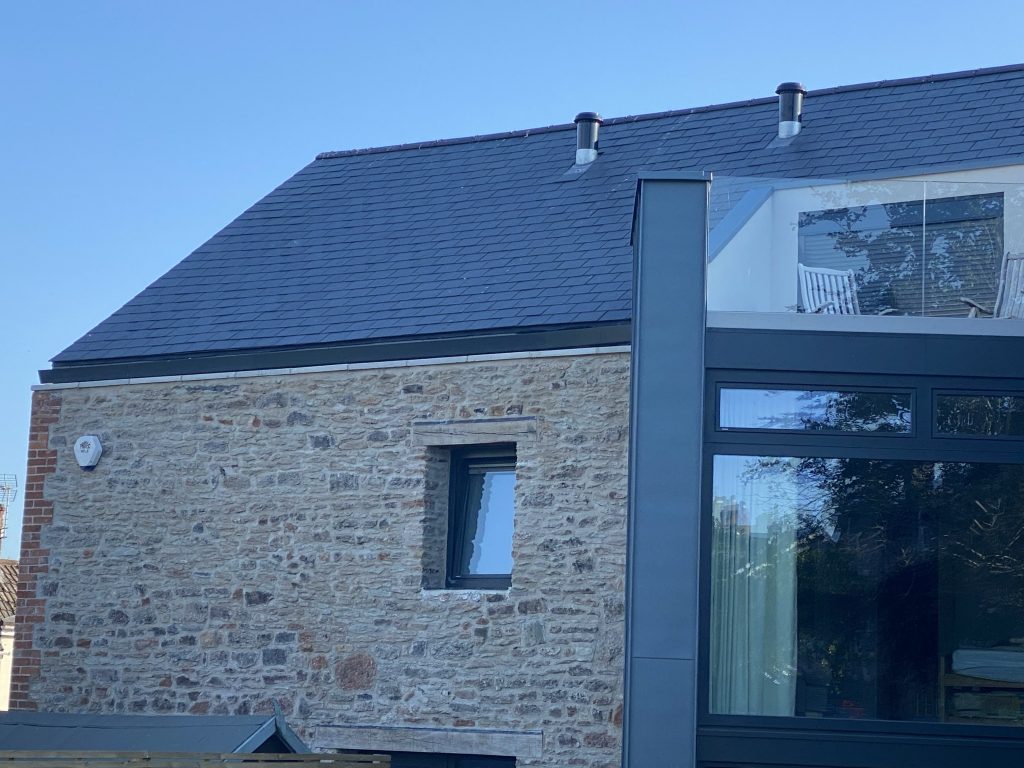 Edward Mcewan, Director, at EA Construction, said: “This was the first time we’ve worked with CUPA PIZARRAS products, but we would definitely do so again on the right project.

“The renewable credentials of THERMOSLATE® would make it an ideal choice for new builds aiming for energy certifications and accreditations.”

Upon completion of the roofing work, the project was turned over to specialist heating engineers to perform the final connections and adjustments between the existing systems in the property and the THERMOSLATE® panels.

Terry Collins, Specification Manager at CUPA PIZARRAS, said the technology behind THERMOSLATE® was central to the project’s success:

“Our calculations take factors such as roof height, pitch, deviation from South, and property dimensions – combined with historical sun data – and calculate how much energy a specific scheme will generate.

The sustainable credentials of THERMOSLATE® have resulted in certification under the Solar Keymark scheme. The system also conforms to EN 12975 and holds A+ BRE accreditation.