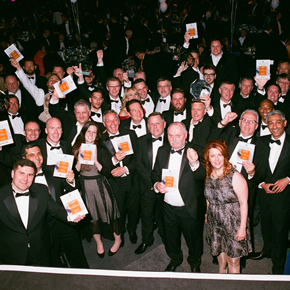 Hosted by BBC newsreader, Louise Minchin, the event incorporated WM7’s ‘Built In Quality Awards’ and the Built Environment Hub’s ‘Constructing Excellence Awards’. It was co-hosted by the latter, as well as Acivico and the Chartered Institute of Building’s (CIOB) West Midlands branch.

The recent refurbishment of Birmingham’s iconic New Street Station was recognised as the Project of the Year. Atkins, Mace and Network Rail were commended for providing over 40 new escalators, 14 lifts, and increasing the station’s passenger capacity to more than 52 million people per year.

Shaylor Group picked up the 2016 Heritage Award for its restoration of the Royal Shakespeare Company’s Swan Wing. The company carried out detailed renovations to the façade and interior of the Grade II Listed building; the project succeeded in highlighting the property’s heritage, whilst enhancing the public spaces.

Other winners included Speller Metcalfe, which picked up the BIM Project of the Year Award for its work on the Habberley Learning Campus, and Sandwell Council, which was presented with both the Value Award and the Integration and Collaborative Working Award for the West Midlands Community BIM framework. 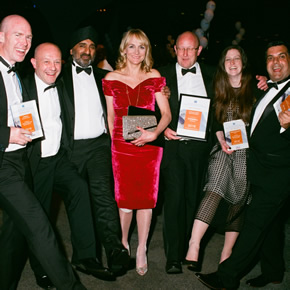 The Leadership and People Development Award was given to Lift and Engineering Services, along with the Health and Safety Award; meanwhile, O’Brien Contractors was named SME of the Year. WM Housing picked up the award for Client of the Year.

However, Cundall was the event’s big winner, picking up a total of three awards.

Its Cundall Virtual Acoustic Reality achieved the Construction Excellence Award for Innovation: the system was commended for its ability to deliver a visual tour of a building pre-construction, through a combination of audio-prediction modelling and graphics. The company also picked up the Legacy Award for Sustainability for ‘One Planet Company’.

Finally, Cundall employee, Charlotte Homer, was presented with the Young Achiever of the Year Award. She was recognised for her commitment to providing graduate training sessions, events and Continuing Professional Development (CPD) seminars.