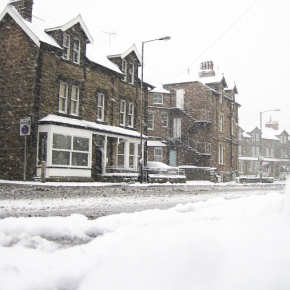 The first six months of the industry year, summarised by Actuated Valve Supplies

The construction industry hasn’t had the easiest year. The first half of 2018 has certainly had its ups and downs, with the series of blizzards in March known as the ‘beast from the east’ leading to shutdowns on building sites throughout the country.

Actuated Valve Supplies have summarised the first 6 months of the year.

However, they needn’t have worried. Recent checks on the economy of the sector have shown it returned to a healthy level of growth in April. This rebound was largely down to a demand for house building, which is a bountiful source of production in a country struggling to meet the scale of demand in an ageing and ever-growing population.

Aside from the impact of the severe weather, other fears regarding future economic uncertainty also loomed during the short downturn. There was a concern that this made potential investors and clients more risk averse, which would lead to declining spending plans.

It would appear that the cold has unduly darkened the outlook of many though. In contrast to these worries, the healthy bounce back from those tough snowy weeks show a sector in fantastic health as it looks towards both the short- and long-term future.

In fact, one of the main challenges facing the construction industry is whether they can actually keep up with the demand for homes. Thanks to a hugely increased lifespan in the latter half of the 20th century, there’s simply many more people who need homes. With a huge improvement in quality of life across the UK – as well as many other parts of the world – the country’s construction industry has found building properties in line with this population increase a challenge.

Luckily though, the construction industry is proving itself to not only be in great health, but still with a few tricks up its sleeve too. One ingenious solution to this problem would be ‘molecular home’. To put it simply, these are small homes that are built to best utilise every inch of space to create a living space that is both affordable and comfortable.

These homes are not only great for the environment, with a capability to produce zero emissions, but they also take half the time to produce compared to an ordinary build. This means much more affordable homes, and therefore more work for the construction industry. After all, building homes isn’t much good if nobody can afford them.

On top of these innovations, there’s also been a drive by the UK government to improve productivity through a £600 billion infrastructure investment, which is intended to optimise every part of the construction process. It is believed that these improvements should save around £15 billion each and every year.