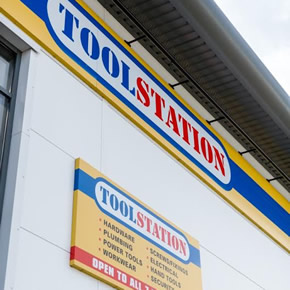 Toolstation has announced that it will be sponsoring Soccer AM on Sky Sports 1 and Sky 1 for the 2015/16 football season, in addition to its expansion programme.

As the current sponsor of the Western and Northern Counties East Leagues, and a longstanding supporter of ‘grass roots’ football, Toolstation holds strong ties with the popular sport.

Its most recent sponsorship will be featured during Soccer AM’s live show, which broadcasts on Saturday mornings. Viewers will also be able to watch the show on demand, Sky Go and across Sky’s dedicated Sports website.

This sponsorship deal coincides with Toolstation’s branch expansion programme: the company’s 200th branch has been unveiled in Newton Abbot, making it the fourth to open in Devon. The programme aims to oversee the operation of 210 branches, which Toolstation hopes will all be trading in the UK by the end of the year.

The company’s growth has meant that the overall increase in the number of employees in branch is now over 1,400 nationwide.

Toolstation has also launched its same day Click & Collect service, which enables customers to go online, search and buy products, and collect them in their chosen branch. The company has also updated its mobile platform by introducing PayPal, to allow customers to make easier purchases.