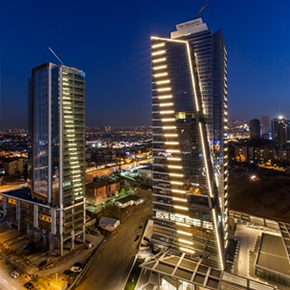 Reynaers has partnered with the Society of Façade Engineering (SFE) to support FAÇADE2015, the international awards for façade engineering excellence.

With many of the world’s most treasured structures gaining recognition for their façades, the SFE developed its FAÇADE awards to reward those at “the cutting-edge of building design”.

As a supporter of innovation in the construction industry, Reynaers will sponsor the awards, which offer recognition to the best people involved in the design and implementation of building façades.

Entries must be received by 2nd November; any façade contract which has been practically completed between 31st December 2012 and 31st December 2014 – and not previously entered in an SFE competition – will also be considered.

The awards will be presented by Chairman and CEO of Wintech Group, Chris Macey, and incoming President of RIBA, Jane Duncan, at London’s Sky Garden on 3rd December.

The prizes will be awarded by a judging panel, which comprises experts from the field of façade engineering and design, such as Mark Taylor, David Metcalfe, Patrick Ryan, Saverio Pasetto, Steve Lo and Graham Hackley.