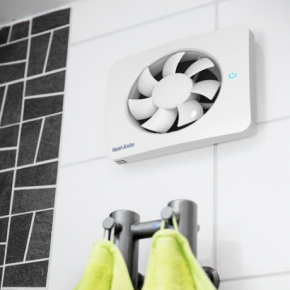 Vent-Axia is delighted to be supporting this year’s Noise Action Week (20 – 25 May) with the launch of its PureAir Sense bathroom fan.

Leading the way in silent fan design, this is the seventh year that Vent-Axia has supported Noise Action Week which is co-ordinated by Environmental Protection UK to tackle noise problems in our neighbourhoods.

Designed to improve the air households breathe, the Vent-Axia PureAir Sense is equipped with a pioneering odour sensor that increases airflow when the air is poor, helping ensure a comfortable living environment.

When the sensor detects a strong odour, the fan speed increases and quickly extracts the odour to help ensure the air always feels fresh.

Excessive noise causes many problems and is now proven to affect our health and wellbeing so Noise Action Week is an important way of highlighting the benefits of noise reduction.

But the good news is, improving a bathroom’s air quality doesn’t have to be noisy. Creating an oasis of calm the Vent-Axia PureAir Sense has whisper quiet operation meaning households can relax knowing that they are breathing in healthy air, undisturbed.

Aesthetically it hits the mark too with its minimal styling, clean lines and optional cover that complements any modern bathroom.

Stephen Totman, Product Marketing Manager at Vent-Axia, commented: “We are able to offer some of the quietest ventilation products on the market, such as the PureAir Sense, and are delighted to be supporting Noise Action Week once again.

“The PureAir Sense helps ensure a peaceful, healthy environment for households combining quiet operation with odour sense technology, smart controls and an attractive design it ticks all the right boxes.”

Marking the next generation of sophisticated controls, the Vent-Axia PureAir Sense is delivered factory set for continuous operation at low speed, with the fan featuring an adjustable timer that can be triggered via a switch live or light sensor.

This intuitive light sensor recognises room occupancy through light movement and shadows, but can distinguish between car headlights flashes and people moving about to avoid nuisance running.

A delay-on feature can also be set to avoid the fan being triggered in the night during quick bathroom visits. The light sensor also acts as an overrun timer, without having to be controlled through the light switch.

This means in houses where there was only a basic fan before, the homeowner can upgrade to a timer fan without having to rewire.

This means the fan learns to run only when it can make a difference to IAQ. Continually monitoring and recording the moisture content the PureAir Sense maps the humidity profile throughout the year.

This process enables the fan to run only when it can lower the moisture content in the air, reducing nuisance running and helping ensure a healthy environment.

For electricians the Vent-Axia PureAir Sense offers ease of install with the fan delivered with factory settings that will be perfect for the majority of projects.

This means the fan install only involves fitting and there is no need for set up, saving time on site. If a customer does require customisation, the fan’s features can easily be altered via a user-friendly touch panel or a downloadable app on a smart phone.

And, coming with a seven-year guarantee, electricians really can fit and forget the PureAir Sense confident that this premium fan will have fewer callbacks. Plus, further adding to install flexibility the PureAir Sense offers a powerful airflow of up to 39l/s which means it can cope with long ducts and bends up to 2m without compromising on ventilation.

The light sensor triggers the timer function to run at 15l/s for 15mins. Both the odour and humidistat functions boost at a higher 28l/s to react quickly to remove humidity or odour from the room. The Airing function runs for an hour at 15l/s to rid the room of stale air, if the fan has been inactive for 26hrs.

For households this means no more worries about stuffy, musty odours in the bathroom when they return from holiday. Meanwhile, the fan will also prove popular with customers thanks to its quiet running, operating as low as 19 dB(A) on low trickle, and low power consumption of only 2-5W. 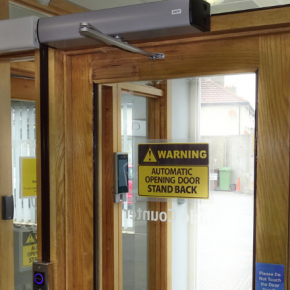 RSPL set out to use a mix of automated access control technologies to create a safer, hands free environment. To achieve this, RSPL approached security experts Abloy UK. 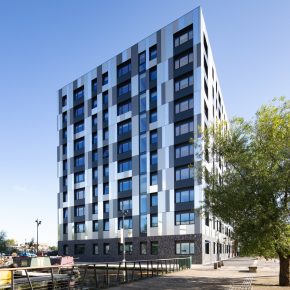 Senior provides window of opportunity for the housing market

By offering some of the lowest U-values available, the patented PURe® aluminium window system from Senior Architectural Systems has become a firm favourite in the residential sector. 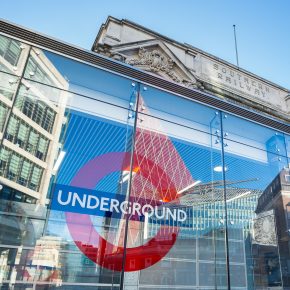 Door Group, a unit of ASSA ABLOY Opening Solutions UK & Ireland, has secured a series of high-profile contracts with Transport for London and Crossrail Limited. 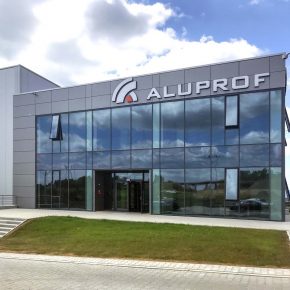 The lowdown on the rapid expansion at Aluprof

With rapid growth comes change and, in order to service the needs of the specifier, Aluprof UK has ambitious future plans, as Wojciech Brożyna, MD, explains…