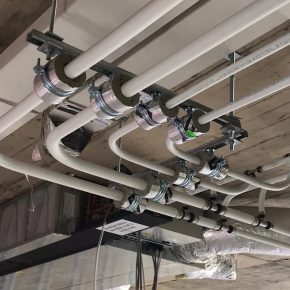 Viega’s Smartpress range now features at the Royal Warwick Square apartment complex, in the heart of the Royal Borough of Kensington and Chelsea.

This is a new build development from the prestigious residential developer Berkeley St. Edward, part of the Berkeley Group.

The multilayer composite pipework’s speed and simplicity during installation made it an obvious choice for selection. Furthermore, its flexibility led to the reducing of the number of joints required on the project by up to 80% – minimising the risk of leaks.

Royal Warwick Square offers 375 one, two, and three-bedroom luxury apartments and penthouses. Viega’s Smartpress system, in various sizes from 16 to 40mm, stars throughout the development on the potable, boosted cold and heating system pipework. 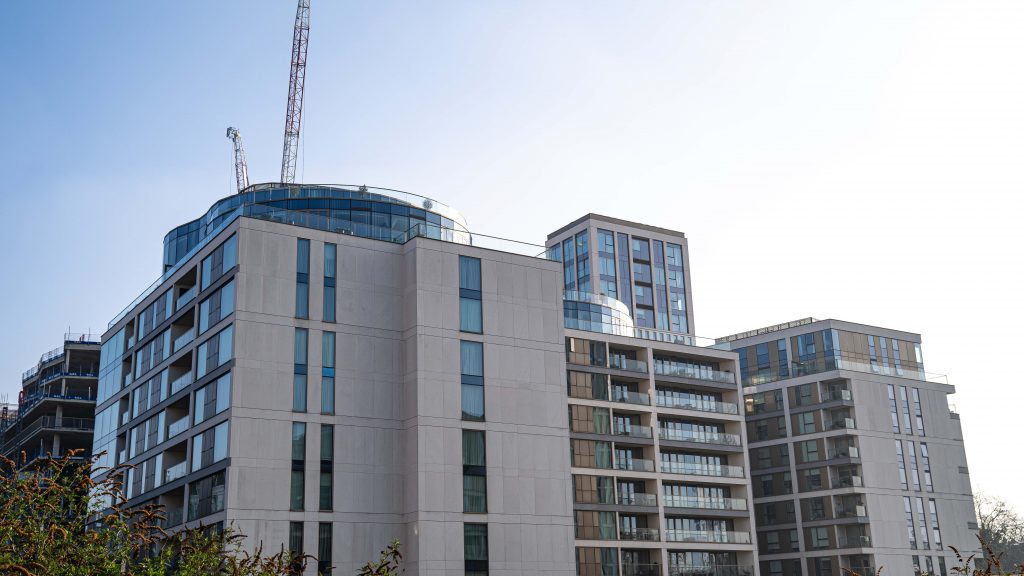 After discussions with Chris Boakes, Specification Sales Manager at Viega, the team at Berkeley St. Edward selected Viega’s Smartpress. This is because the pipe system offers supreme leak prevention and it would also help to reduce the total number of joints.

The simplicity of the cold applied Viega’s Smartpress multilayer piping system means it does not require the use of an O-ring. This takes away the need for complex calibration and cutting installation time, by as much as 30%. 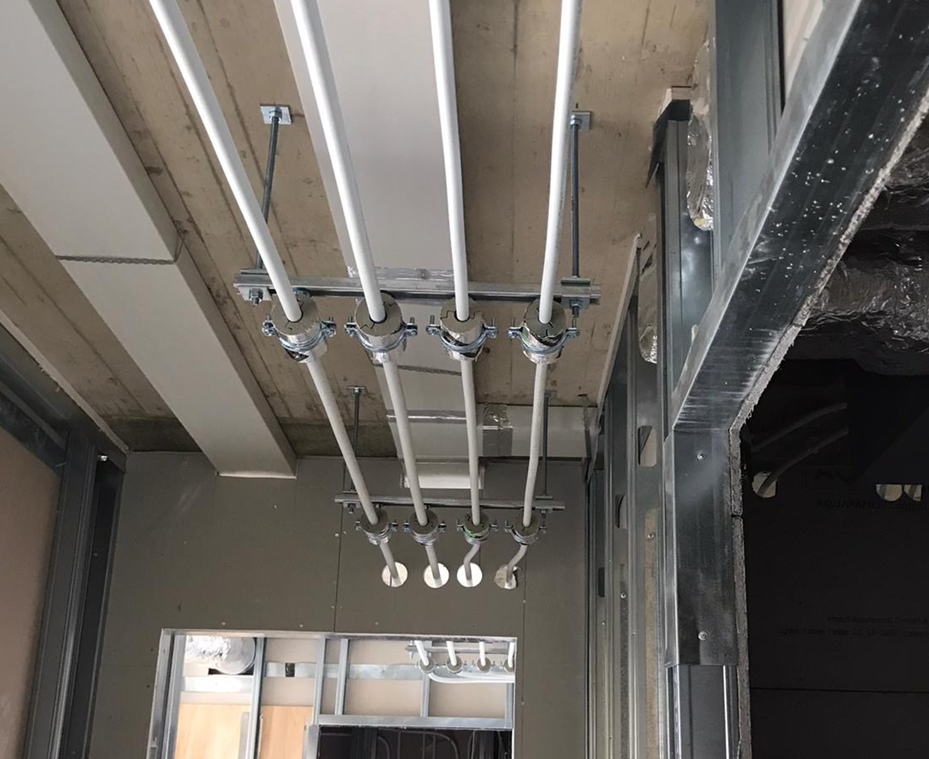 It also provides installation flexibility by allowing easy shaping of the pipe for corners and around wall details on site, which reduces the number of fittings required, in comparison to a metal system.

The stainless-steel fittings also feature Viega’s renowned SC-Contur technology, which sets out to clearly indicate any unpressed connections during a leak-test. 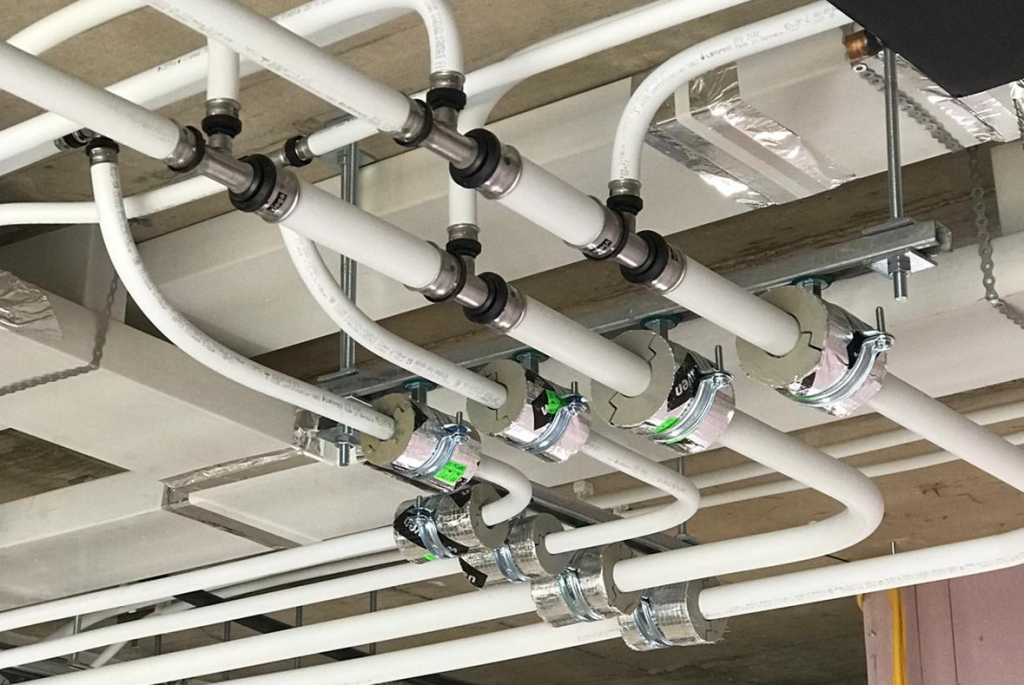 Liaisons between Viega and the installer, Vital Energi, ensured the distribution of products, installation and quality checks were carried out as Viega recommends. In addition, the Viega team also provided onsite training for Vital Energi’s installation team.

Given the luxury specification of the apartments, understandably, reducing the risk of any leaks that could cause damage to the building was crucial.

Viega’s Smartpress system was the ideal solution because it is an advanced multilayer, flexible pipe that can bend around structures. By reducing the number of joints required, it significantly minimises the chance of any leaks occurring. 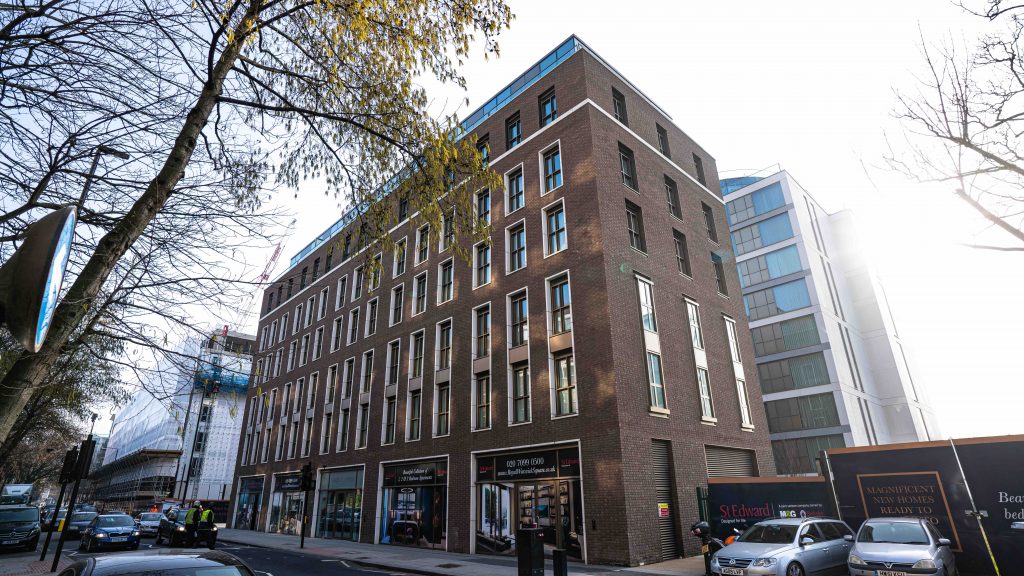 Dean Walsh, Project Director at Vital Energi, comments: “Viega’s Smartpress system was straightforward to install. As we had not previously worked with Viega, they provided us with training to ensure we understood all the parameters of the system.

“We found that we were able to reduce the number of fittings as the pipework was easy to form into bends. It is a great product that we believe saved us money when compared against a copper press connection.”

Andrew Podmore, Senior MEP Manager at Berkeley St. Edward, concludes: “The installation has been successful so far, and we’ve been able to reduce the number of joints used by 80%. I’ll be looking to propose Viega’s systems on future projects.”