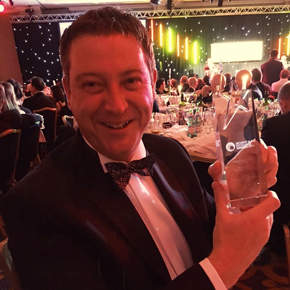 Celebrating its 17th Year, the Security Excellence Awards highlight the best people, projects and processes within the UK’s security sector.

Its high calibre judging panel comprises representatives from all areas of the security and fire sector, the world of academia and the policing sector.

The panel decided this year’s winners, who were then announced at the awards ceremony at the London Hilton on Park Lane on November 25th.

The winning entry featured a case study of how VPS, having been contacted by administrators EY, secured 51 CityLink depots stretching from Aberdeen to Southampton on New Year’s Eve.

VPS’s sister company, VPS Site Security, was also shortlisted for the “Installation of the Year” award for its innovative construction security and traffic monitoring project for the Costain heads of Valley road improvement scheme.

This involved linking 17 JCB Smart Towers wirelessly along a 14km stretch of highway in South Wales.

The company was also nominated earlier this year at the British Construction Industry Awards for product Innovation for the Building Sector and won the UK Corporate Excellence in Construction Innovation.