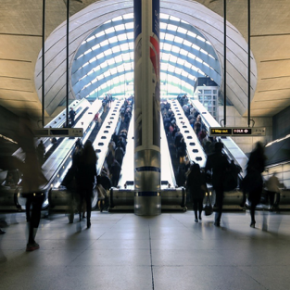 What will the impact of Crossrail be on the physical environment of London?

As far as infrastructure projects go, few if any in recent memory have been as ambitious as the Crossrail development.

Aiming to provide more than 1.5 million people with just a 45 minute commute to the heart of London via the all-new ‘Elizabeth’ line, Crossrail will extend the capital’s public transport network eastwards into Essex, and westwards towards Reading and Heathrow.

Scheduled to open in part next year in 2018 and fully in 2019, the £14.8 billion given over to the scheme has been earmarked for spending on ’42 kilometres of tunnels, 10 new stations, improvements to 30 more and upgrades to existing rail infrastructure’.

On the surface (or in this case under it), that all sounds pretty great. Investment in infrastructure is conducive to greater efficiency for people on the go, and will no doubt do wonders for the local economies situated near to the new stations born out of Crossrail’s development. But what could the environmental impact be?

First things first, it should be noted that Crossrail has always been constructed with environmental sustainability in mind, as their website points out within its own dedicated section. However whilst the plans may have sought to minimise the disruption on the environment, a project of such magnitude is always going to have some repercussions.

Most significantly, could be the fact that to clear the way for the Elizabeth line, approximately 26 miles of tunnels had to be excavated. Running under the centre of London, Crossrail may possibly have an effect on the buildings above that could be felt tomorrow, or never at all.

By tunnelling in some places close to water-bearing soil, the constant vibration of trains could perhaps disrupt this level of the underground and trigger instability up above. In turn, those structures on top of these instabilities could find their foundations compromised.

Unlike cities such as Tokyo or Los Angeles which require every building to be specially designed to cope in the event of a natural disaster, London has no such regulations.

Many of the more historic buildings in particular whilst often strengthened via modern building techniques could still be at risk to unheralded geographic changes, and no amount of planning can cover every possible eventuality.

A second impact can be seen within communities across the Crossrail route, as around 100 complaints a year have flooded in to protest the construction needed to get the line in place.

Just to move a single water pipe out of the way of the tunnel at Royal Victoria Dock proved to be a mammoth undertaking, and with no compensation for local residents.

Whilst such a disruption could perhaps be waved away as a one-time predicament, it is indicative of the issues that will no doubt arise when it comes to maintaining the line.

Whilst upkeep works to the Underground can be carried out far below the surface, the Overground section requires a more intrusive touch.

For the segments of Crossrail within densely populated areas, maintenance could be a highly intrusive issue, both physically and in terms of lights and noise at inopportune times of the day.

There is no real way around this issue, which could have a further knock-on effect on property prices and land values should they be labelled as sites of frequent disruption.

Yet overall, it is evident that despite some potential cause for concern down the line, this is an inevitable factor of living within any city.

Infrastructure always has to be updated at some point in its lifespan, and we should be thankful that such a large a project has such extensive Government oversight that will address even the most unlikely of consequences.

The benefits of Crossrail overall to local areas will outweigh any bouts of disruption, and hopefully will provide a new lease of life all along the Crossrail route. 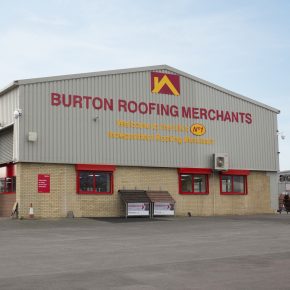