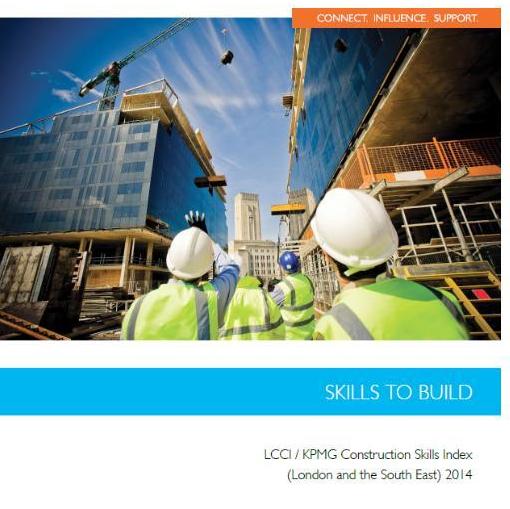 The report found that:

For the first time in many generations, the UK has a strong pipeline of construction and infrastructure projects to reinvigorate the economy and drive our future competitiveness. But delivery of that pipeline is now in jeopardy – not for lack of political will or funding but for lack of a sufficiently large and trained workforce. Unless action is taken now, our housing targets will be missed, and infrastructure projects delayed. This report calls on the industry itself to wake up and take responsibility to increase levels of training dramatically. It also calls on Government and training providers to recognise that the industry is changing, with ever greater application of technology and a trend towards offsite manufacturing – the skills required in the industry tomorrow will be very different from the skills required today. Above all it calls on all in the industry to take steps to boost the image of the construction sector as an attractive career path for the next generation in our schools and colleges.

Our members have long spoken to us about their difficulties recruiting sufficiently skilled workers. The detailed findings of this report highlight just how grave skills shortages are in the construction sector, with significant deficits of capable workers across numerous trades and professions.Our task now is to enact changes to address the inherent issues which have led to the construction skills crisis we face. We are delighted to have partnered with KPMG on this report and look forward to working withgovernment, training providers and industry alike to implement the solutions suggested.

SEND US YOUR COMMENTS