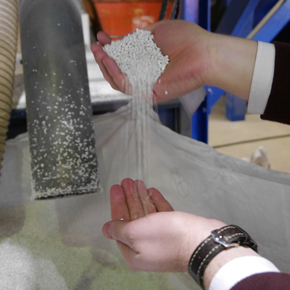 Windows that last for 200 years

In April’s issue of PSB Magazine, Simon Scholes, chairman of the rigid plastic recycling working group of the British Plastics Federation and commercial director of VEKA Recycling, discusses PVC, encouraging a positive attitude towards it, and the intelligent recycling of window frames… 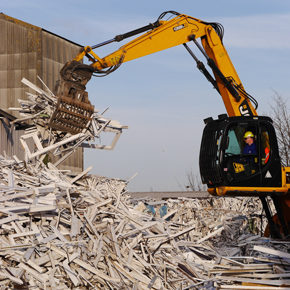 VEKA Recycling Ltd is able to return virgin PVC-U into pellet for direct return to the new product extrusion cycle.

Enter PVC into Google and, predictably, the first few references are from the British Plastics Federation and other industry sources. However, sitting at number ten on the first page, is Greenpeace with a pdf entitled What’s wrong with PVC, sub headed The science behind a phase out of polyvinyl chloride plastics.

One would expect this protest from Greenpeace but the alarming thing is that this paper is still on page one of Google having been written in October 1997. It is still there, with little to counter it after all these years. There are few more compelling examples about how little attitudes and thinking towards PVC have changed in decades.

In the real world, PVC remains virtually impossible to live without and forgotten until such time as it reaches the end of its life. Then we become aware of it again as, one way or another, it has to be disposed of. If we were simply able to make it disappear when it was finished with, wouldn’t life be wonderful?

Well we can make it disappear, by burying it. After all it is inert and can happily sit in the ground for hundreds of years –but what a waste of a valuable resource. Fortunately, many public sector landlords make their post-consumer PVCu disappear by ensuring that recycling strategies are part-and-parcel of every refurbishment project.

The issue here is that there is no established national protocol for the removal and disposal of end-of-life PVC windows. Some RSLs insist upon an auditable trail that will trace their old PVCu windows through to their re-processing as new products, perhaps even new frames. Thus, their end-of-life PVC disappears, by being hidden in plain sight.

The material is far too valuable to waste and we must encourage a positive attitude towards this it; we have thousands of tonnes of PVC already installed in public sector buildings for which the impact on the environment has already taken place in its original production.

The intelligent recycling of every frame removed will ensure that the material can continue to serve as brand new products, including new window frames, with minimal additional impact on the environment. It is unacceptable, surely, to remove this valuable commodity without a managed, effective and auditable strategy for its re-use.

PVC is eminently recyclable, up to seven times and probably more. As PVCu windows have a life of at least 30 years, we may therefore expect PVC to continue to serve for 200 years or more and there is no reason to believe even then it will not have a use.

In Germany it is against the law to landfill PVC, which leaves one of two alternative solutions: incineration or recycling. It is not difficult to guess which one the Germans adopted. In anticipation of this, the organisation for which I work, built the first dedicated facility, in 1993, for the re-processing of end-of-life window frames.

Complete end-of-life frames are craned on to the conveyors at one end of the process, to re-emerge as separated metal, wood, rubber and pelletised PVC that is ready for re-processing into new products. Virgin off-cuts from the frame manufacturing process are also included, which may be returned directly to the extrusion of new frames.

Typically, the results of recycling end-of-life frames are: 50-60% white; 10% coloured; 15-20% metals; 5-7% by-products; leaving just 1-3% material that cannot be re-processed – an impressive result by any standards. The company for which I work can alone re-process more than 90,000 tonnes per annum through the German and now French and British plants.

A network of recycling centres across the UK minimises the carbon footprint of the collection of post-consumer frames. Advances in the recycling process now allow the production of PVCu pellet of such consistently high quality that many extruders – of products such as window frames and also electrical conduit, pipes, fences and decking for example – can now reliably include recyclate in their standard product ranges.

Those responsible for the refurbishment of public sector housing stock can be assured that, when sound strategies are put in place, working in partnership with their window suppliers and installation contractors, the frames they remove can re-emerge within weeks as brand new products. This is true sustainability and it may be applied simply and economically to virtually all projects – there is no excuse not to.