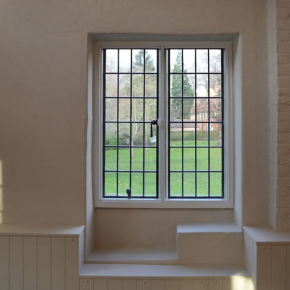 Located on the banks of the River Thames in leafy West London, Selectaglaze secondary glazing has helped improve the thermal, acoustic and security properties of one of London’s historic palaces.

Fulham Palace, a Grade I Listed building, has had a colourful past. Residence to the Bishops of London since AD 704, the present building dates from the reign of Henry VII.

The Palace sits surrounded by a now infilled moat, which is an Ancient Scheduled Monument and has had important botanical gardens, which are now Grade II Listed and date back to the 1500s.

The site is rich in history, with numerous objects and artefacts spotted on the grounds over the years, including the remains of several large buildings and evidence of Neolithic and Roman settlements, pilgrim badges, medieval stones and a sword, which dates back to the 1st century. 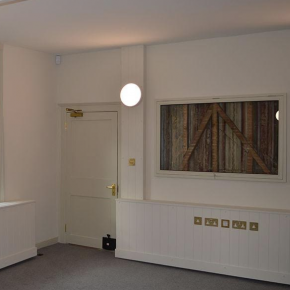 In 2005, a large restoration project began, backed by the Heritage Lottery Fund, corporate sponsors and private individuals. The works have been carried out in three phases, the last of which is due to be completed in spring this year, seeing restoration to the Tudor quadrangle and the botanical garden.

To guarantee the sustainability of the Palace for future generations; office spaces around the quadrangle have been sensitively refurbished and brought up to 21st century standards, with nuances and details harking back to the original Tudor building, including works to a new museum area.

As part of the £3.8m phase III restoration, Purcell Architects created a sensitive design for the renovations, not only with the building at the forefront of the plans, but also ‘future-proofing’ it for years to come.

This meant upgrading old electrical circuits/feeds and plumbing, which is now concealed in decorative ducts, as well as building in ways to add extra cabling in the future if required, with feeds and run-offs to all rooms. 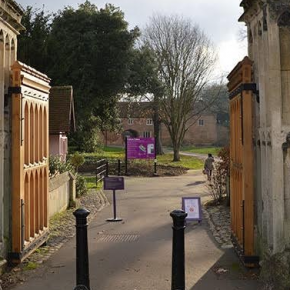 Sykes and Son Ltd, specialists in the refurbishment of historic buildings, was appointed main contractor and approached Selectaglaze to provide the secondary glazing element of the works, following a previous successful working relationship at Syon House.

The original single pane Tudor windows could not be replaced due to the Listing of the building and did little to eradicate draughts, retain heat or stop noise ingress from the overhead aircraft on the Heathrow flight path.

As some of the rooms were to be tenanted once again, an upgrade was needed to deliver a comfortable working environment.

Regrettably, some of the previous tenants had created some damage which had to be put right by Sykes and Son before the secondary glazing could be installed.

Furthermore, many areas of the building were decaying inside and out, so a great deal of restoration was carried out and specialist treatments were applied. Beams have been stripped back to their original state and made a feature of. 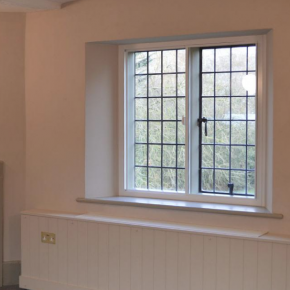 As you can imagine, given this was an old building full of charm and character, none of the windows were plumb or true, the walls slope and the ceilings dip. This made the installation of the secondary glazing somewhat problematic.

34 units were manufactured for the office areas, which were a mixture of Series 10 2 and 3 HS, plus some Series 45 HC. 6.8mm acoustic laminate glass was used to improve the acoustic and thermal performance.

Fitch catches and slimline lockable handles were included to add an element of security. The most complex part was the measuring and production of the splayed timber grounds, which were colour matched and then carefully scribed on site to ensure a good fit.

11 units were installed to the museum area; 3 of which were large (2308mm (h) x 1502 (w)) Series 85 2 HS enhanced security units to meet performance requirements for the Government Indemnity Scheme.

Steve Bevan, site manager for Sykes and Son, commented: “I have been extremely impressed with the work from Selectaglaze and have given them a 10/10.

“From the visit by the surveyor, through to the installation team; I felt comfortable to leave them to get on with their work. They were efficient, clean and treated the tight site with respect.”