Howard Chapman welcomes the CIOB’s call for evidence on skills, materials and technology in the housing sector, as part of a new Government-led taskforce to tackle the UK housing crisis.

The Chartered Institute of Building (CIOB) is supporting the National Housing Taskforce, a new Government-led housing coalition convened by the Royal Institution of Chartered Surveyors (RICS) and the All Party Parliamentary Group (APPG) for Housing and Planning.

The Taskforce, which has recently met with the new Housing Minister, Gavin Barwell MP, boasts twelve work-streams to cover planning reform, housing associations, construction skills, mortgage finance and more. Each ‘work-stream’ is being led by a relevant organisation, which will submit recommendations to the Taskforce later in the year.

As part of the Taskforce, the CIOB has launched a call for evidence into skill, materials and new technology in the housing sector. Its work-stream will focus on availability, productivity and diversity within the construction labour market; it will also cover materials and new technology, including off-site manufacture and modern methods of construction (MMC) and how they relate to skills and improved productivity.

Whilst studies have shown that the housing sector needs 120,000 new employees just to meet the required annual level of homes the UK needs, house builders say that they cannot build more than 150,000 homes per year via conventional means. 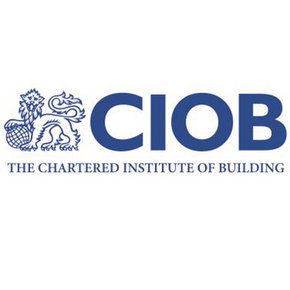 ‘Something needs to fundamentally change if we are to properly address the housing crisis,’ says the CIOB’s Policy Manager, David Hawkes. ‘We need more people working more productively and we have to work out how best to utilise and implement new technologies, materials and processes.’

The CIOB welcomes submissions from the industry, government, education establishments, professionals and other interested stakeholders in these areas. They are particularly interested in any successful skills or technology initiatives that are operating at scale, or could be scaled up.

Evidence needs to be submitted by 17:00 on 9th September 2016 and the final National Housing Taskforce report is expected by Spring 2017.