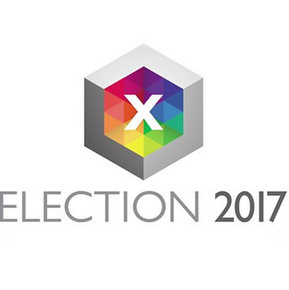 Howard Chapman, Buildingtalk Editor, looks at the impact that the UK Election 2017 could have on the construction industry and offers a platform to share your views about the priorities that will help the industry to prosper.

The UK General Election on June 8th will have a massive impact on the construction industry. Key election issues include the housing crisis and immigration. Politicians are being challenged to offer real solutions to the housing crisis. They also need to have a positive approach to EU and other overseas workers that provide the skills needed for the building the industry to prosper.

The construction industry generates almost £90bn annually (6.7% of GDP) and employs in excess of 2.93 million people.

Arcadis predicted in its quarterly Market View that the General Election could mean a ‘better Brexit’ for the UK construction industry, arguing that a potential two-year slow-down in demand caused by Brexit uncertainties offset by the newly-elected government being in a stronger position to negotiate a better Brexit outcome.

However, a group of the country’s leading architects including Richard Rogers have said they are ‘appalled’ by how their staff from the EU are being treated since the Brexit vote. They also say, in an open letter published in the Guardian, that Brexit will have “deeply negative consequences” for architecture if practices in the UK cannot continue to employ EU citizens and they call on Theresa May to clarify their future now or architecture will suffer from a brain drain.

The housing crisis seems to be front and centre of the election concerns and has created a consensus for new initiatives for public sector housing to built on a large scale through local councils, housing associations and others. Will this election be the catalyst for the change needed to create truly affordable housing?

Many Trade Associations and industry chiefs have said what they would like to see as an outcome of the election.

SEH French, one of East Anglia’s leading construction firms, told BBC Essex they wanted to nurture Britain’s own talent, but the industry needed to bring in skilled foreign workers.

Even before the election, RICS warned that UK’s construction industry risks losing 200,000 EU workers if the UK fails to keep access to the EU single market. “A simple first step would be to ensure that construction professions such as Quantity Surveyors feature on the Shortage Occupations List,” said Jeremy Blackburn, RICS Head of UK Policy.

Federation of Master Builders (FMB) called for a flexible system of immigration that enables skilled labour from the EU and beyond to support UK construction, plus more apprenticeships and improve the image of vocational training to attract more young people into the industry. The FMB also called for VAT on housing renovation and repair work to be reduced from 20% to 5% to encourage refurbishment work and energy efficiency measures.

The Construction Industry Training Board, whose role includes addressing skills shortages, says that the forecast rise in UK building activity between 2015 and 2019, means that the industry’s headcount must increase by almost 224,000. Where will the UK find these workers from?

Specialist Engineering Contractors’ (SEC) Group called for legislation to protect all retention monies, smarter procurement for all publicity-funded infrastructure and building works, plus the introduction of a statutory licensing scheme for contracting companies.

Overall, the focus of the construction industry lobbyists seems to be on house-building, training, staff recruitment and reforming procurement. But what do you think?

Post your comment below or email your comments to me via [email protected] and we will include them in a special Election 2017 Blog on the 6th June.