Blogs » How safe are PFI schools and who made money from dangerous buildings? 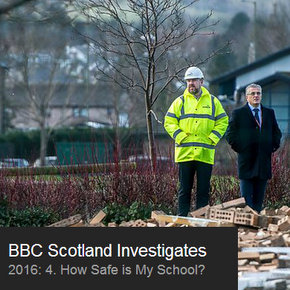 How safe are PFI schools and who made money from dangerous buildings?

Howard Chapman, Buildingtalk Editor, reviews a new BBC investigation into the growing concern about dangerous sub-standard schools built via PFI schemes and the big profits now mostly go to offshore companies. I highly recommend you view the programme via the iPlayer link below.

Under PFI, the private sector builds and manages school buildings in return for a fee, typically over 25-30 years. PFI was designed to take some public spending off the balance sheet. Was it a good investment for the taxpayer or a rip-off?

How safe is my school? 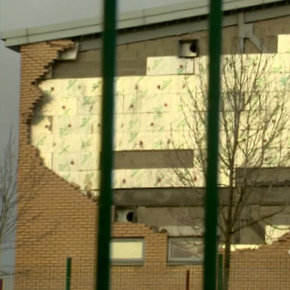 A new BBC Scotland investigation ‘How Safe is My School?’  has revealed that 80% of the 350 PFI schools in Scotland are now owned at least partly by offshore companies. So the big PFI profits are now heading out of the UK.

Dexter Whitfield, from the European Services Strategy Unit, says “There are an awful lot of people making very substantial sums of money out of it” and has describes PFI projects as ‘wealth machines’.

The 17 PFI schools built in Edinburgh were closed for repairs earlier this year after problems were revealed with wall and header ties used to hold exterior and interior walls together and attach them to the rest of the building. 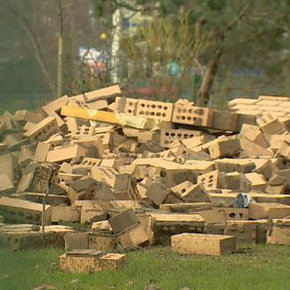 The danger became apparent after part of a wall at Oxgangs Primary School collapsed. Fortunately, though children often sheltered under the wall, no child was hurt.

About 7,600 primary and secondary school children were eventually affected. Local councils have assured parents that buildings affected by closures are now safe for their children to return for the start of the new school year.

An independent inquiry into the matter will consider whether the private finance method contributed to the structural issues with the buildings.

Under PFI deals, the private sector builds and manages school buildings in return for a fee, typically over 25-30 years. For example in one project in Edinburgh, 17 new schools were built, with the council paying £1.5m a month. It has been revealed that more than 200 PFI built schools in Scotland are at least partially owned by offshore investment funds.

How safe are PFI schools and who’s benefitting financially?

Watch BBCiPlayer BBC Scotland Investigates: How Safe is My School

This includes a detailed look at the problems with wall and header ties, used to hold exterior and interior walls together and attach them to the rest of the building. Some wall ties were not properly embedded because the joints in the walls were not aligned.

Prof Alan Dunlop, Master Architect and lecturer with Robert Gordon University: “The way some of these things are done is very worrying indeed… I would suggest that it not only contravenes what would be standard practice. In my view this is malpractice”.

Thankfully, no child was killed or injured but the financial consequences from PFI will be with us for a generation. Who was responsible and have we have leant the lessons?

Your comments and insights are welcome.

2 comments on “How safe are PFI schools and who made money from dangerous buildings?”