Blogs » Is renewable energy the future? 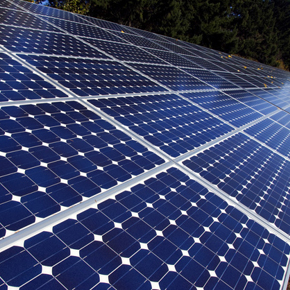 Is renewable energy the future?

Every scientist claims that renewable energy is the future. It is more a matter of when it will be the world’s number one energy source not if according to recent studies that state the potential of our world becoming renewably powered.

Global warming and pollution are forever increasing and the only realistic solution is renewable energy. The United Nations released a warning stating that catastrophe for our Earth will be unavoidable if renewable energies aren’t turned to in the immediate future.

The official target for the United Kingdom is to have 15% of our energy recourses renewable by 2020 however at the moment it is less than 5%. Recent studies do suggest that the UK has the potential to not only reach the 2020 target but also to surpass it considerable by hitting 90% renewable energy by 2030.

The Government’s zero carbon homes was scrapped last July but the House of Lords overturned the decision showing that in the United Kingdom there is still interest in trying to make the renewable energy switch. Potential often remains potential and the burden is on us to ensure that this potential is not neglected but nurtured.

The United Kingdom isn’t the only county that has the potential to reach the low-carbon future that the Earth needs. Europe has the ability to be 80% renewably powered by 2050 according to the European Climate Foundation.

However both industry and government need to work together in order for these targets to be achieved. Switching energy sources is risky as it could be potentially economically damaging. Loss of revenue would be caused from reducing demand of non-renewable energy and jobs would be lost as these companies slowly became less profitable and closed down.

However as one door closes another one can be opened. The renewable energy sector could provide new jobs in an innovative industry that would provide many new and exciting challenges for workers.

The science behind how solar panels work is mind boggling and requires a clever, concentrated mind to understand. The goals are achievable it’s just a matter of IF governments and industries collectively want to achieve them. Unfortunately government policies are normally in line with the best interest of the big corporations and that aren’t many bigger than the oil barons.

Friends of the Earth and The Unite Kingdom Energy Research Centre both agree that the goals are achievable however Nina Skorupska from the Renewable Energy Research association warns against reaching too high. She claims that if we ask too much of governments that they will do nothing.

She agrees that Europe has the potential to be 90% renewable by 2050 but warns that governments won’t be willing to put all their efforts towards this goal when there are so many other imminent issues that they need to solve.

Therefore it seems that despite a renewable energy supplied future being possible that it won’t be achieved because it won’t receive the necessary political support to ensure it becomes a reality. It might not be until the earth faces catastrophe due to global warming that the required and necessary actions are undertaken. The question that remains is; Will that day be too late?