Blogs » Millennial bribes Budget, driverless transport and homes for all 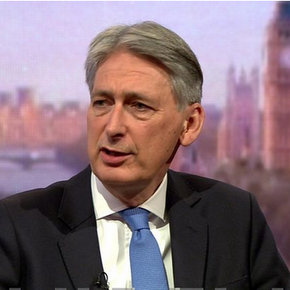 Millennial bribes Budget, driverless transport and homes for all

Howard Chapman, Buildingtalk Editor, on how the government plans to help the economy grow after Brexit and will offer a Budget to boost the building industry.

The UK is no longer the fastest-growing G7 economy with the Brexit helping make us the slowest. We also have the highest inflation of the ten major EU economies and now London is losing the European Medicines Agency to Amsterdam and the European Banking Authority to Paris, in one of the first concrete signs of the ‘Brexit effect’.

On Monday, the Prime Minister Theresa announced 4 billion pounds of spending on research and development and regional growth strategies, setting out plans to help the economy grow after Brexit.  We look forward to tomorrow’s Autumn Budget for more positive changes. Here are some of the predictions based on the widely trailed hints to the media

Budget for the construction industry?

Speaking on the BBC’s Andrew Marr Show, the chancellor warned that there is no ‘single magic bullet’ to increase housing supply. However, he wants to speed up developments where planning permission has been granted and give more help to small building firms that have been increasingly muscled out of the housebuilding market.

Richard Beresford, chief executive of the National Federation of Builders (NFB), said he was glad that Mr Hammond has recognised the need to enable SMEs to help fix the broken housing market. “We look forward to seeing Mr Hammond match his sensible words with sensible housing and planning policies in the Autumn Budget. Construction SMEs can help to get Britain building but we must be realistic about deliverable solutions. The NFB has always been clear that the best way to get Britain building is to empower SMEs, the engine of the economy.  Every £1 invested in construction generates £2.84 in wider economic benefits, while for every £1 invested in an SME, 90p is spent on local employment, local apprentices and growing the local economy”.

The government has also unveiled a new £1.7bn fund to boost transport connections in and around UK cities. The Chancellor is also expected to announce a £76m fund for digital and construction skills.

Read what Max Banner, Buildingtalk Online Editor, said about what the Budget could mean for the construction industry.

Under pressure from Communities Secretary Sajid Javid and young voters struggling to find a home, Philip Hammond has already announced that 300,000 new homes will be built a year. But how many will be truly affordable social housing? And will they be built on the greenbelt?

It is nonsense to expect developers to be the solution. I support Javid’s demand for £50bn spending on Housing Association and Local Authority schemes. We need to remember that the last real housing building boom began in the early 1950’s despite real austerity including food rationing. So it can be done.

The Treasury are to spend £400m on electric car charge points, £75m on artificial intelligence, and £100m to boost purchases of clean fuel cars. The borough of Wandsworth, where I live in London, is already planning for charge points on every street. According to the Chancellor we can expect driverless cars on our roads by 2021.

Leaked Budget plans also include cheaper travel via a ‘Millennial Railcard’ for the under-30s and rumours that Hammond will also scrap stamp duty for first-time buyers.

On my wish list is for the government to cut the payment delay of the new benefits system. There are rumours it could be cut from six to four weeks but they should do better than this to reduce the misery that delays have caused our poorest citizens who now have to rely on Foodbank handouts to survive.