Blogs » Spring budget 2017: How it could affect building and construction contractors 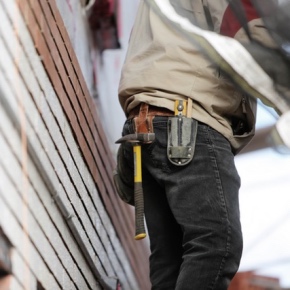 Spring budget 2017: How it could affect building and construction contractors

GUEST BLOG: Henna Sheth from Gorilla Accounting offers her advice on how the first, and last, Spring Budget Announcement could affect your future as a Contractor.

The Spring Budget 2017 statement took place on March 8, by Philip Hammond, Chancellor of the Exchequer, and it soon turned to the ‘gig economy’, which has rapidly grown in appeal in the UK.

Almost 800,000 people are self-employed within the construction industry, according to research by IPSE (Association of Independent Professionals and Self-Employed).

The research shows that becoming self-employed is becoming an increasingly popular way of working, with freelancers contributing £119 billion to the UK economy.

Here’s what you need to know about the Spring Budget:

Lower national insurance rates for the self-employed, costs the taxpayer £5bn a year.

A day later, Theresa May announced that the controversial change will be delayed until the 2017 Autumn Statement, after a public rebellion by senior conservatives.

UPDATE 15/3/17: Philip Hammond, Chancellor of the Exchequer, has announced that the decision to increase Class 4 NIC for self-employed professionals has been reversed.

“In the light of what has emerged as a clear view among colleagues and a significant section of the public, I have decided not to proceed with the Class 4 NIC measure set out in the budget.”

The dividend tax allowance was enforced two years ago and it is already facing a significant reduction.

The tax-free dividend allowance has decreased from £5000 to £2000 which will come into force in April 2017.  This is to reduce the tax disparity between the self-employed and fixed employees, the measure is aimed at raising extra money to invest in public services.

This measure will save around 4,000 businesses from registering and administering VAT.

The Making Tax Digital (MTD) scheme requires businesses to record their tax returns on a quarterly basis, rather than on an annual basis.  HMRC said, ‘the amount of tax not collected due to avoidable taxpayer errors and carelessness has risen to over £8bn a year,’ hence enforcing the Making Tax Digital scheme.

The introduction of Making Tax Digital has been delayed to April 2019 for small businesses operating below the VAT registration threshold.

A review on employment practices is being conducted and is expected over the summer period. Matthew Taylor, Chairman of the Review, said:

“It is very encouraging that the Prime Minister… has asked me to chair an independent review to look into how we can best respond to the rapidly changing world of work so it delivers for ordinary people.”

This includes looking over new forms of employment, such as contracting, freelancing and self-employment.

During the Autumn Statement 2016, the main focal point was a massive change to IR35 (intermediaries’ regulation), which may affect Public Sector contractors. If you are a Construction or Building Contractor, working in the public sector, this may affect your taxable income from 6 April 2017.

The changes will mean that IR35 status will be determined by the public-sector body, rather than the contractor. If the contractor is caught under IR35, then they will be taxed at source, like an employee would.

Affected Contractors may see an increased level of tax to pay like an employee, but they will not be entitled to the same rights and benefits of a typical employee.

For more information on IR35, and how it can be applicable to you, you can access Gorilla Accounting’s free IR35 guide here.

In addition, find out how the construction industry reacted to the introduction of T-Levels which was announced at the Spring Budget.