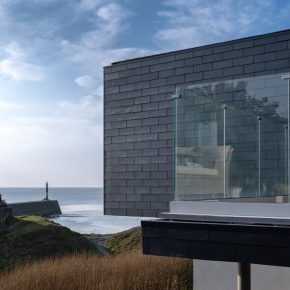 The natural slate cladding was chosen because it could complement the coastal surroundings as well as provide outstanding resistance to the harsh weather conditions.

The site was purchased by homeowners, David and Shirley Harries who looked to extend the pre-existing bungalow but after finding significant issues with its structure, opted instead to erect a new build on the same plot.

David comments: “We really wanted a home that utilised a range of materials to create a modern look as opposed to building a glass palace that could look too ostentatious in the rugged seafront location.” 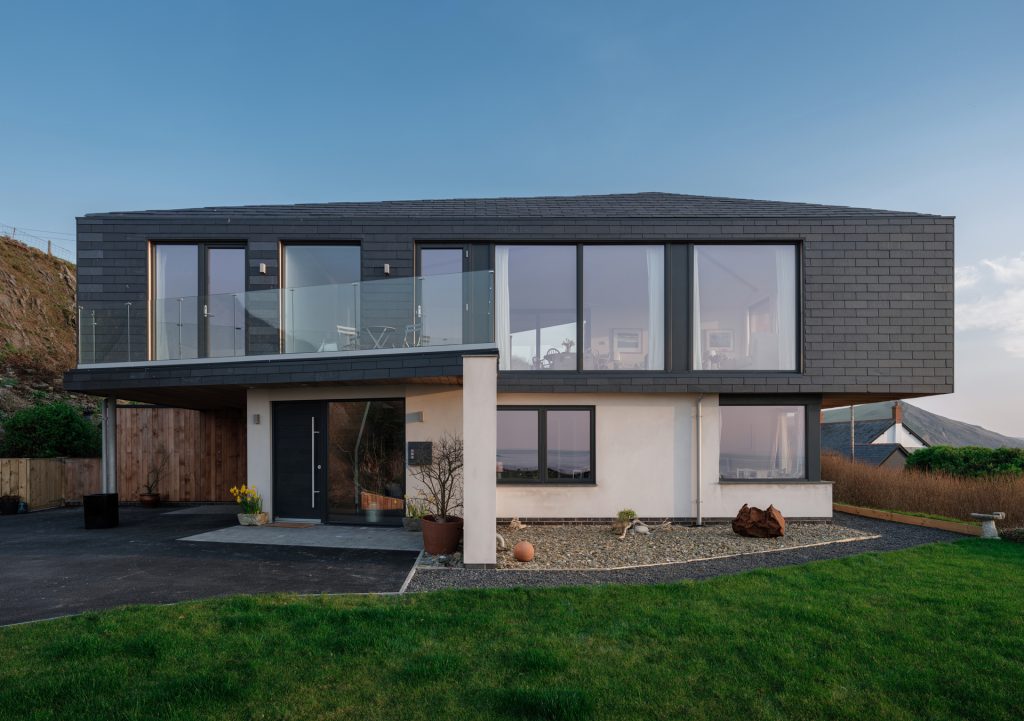 Arwyn says: “The CUPACLAD system allowed the new home to blend into the surrounding cliffs beautifully.

“In addition, I had to consider the high winds that the project would be exposed to and select something that would have the appropriate durability.”

High quality natural slate is an extremely resistant material – its deterioration is unnoticeable to the human eye, meaning its colour does not change across its 100 year lifespan, even in the coldest environments. Natural slate also has a permanent sheen, unlike other roofing materials which can decrease up to eight times superior. 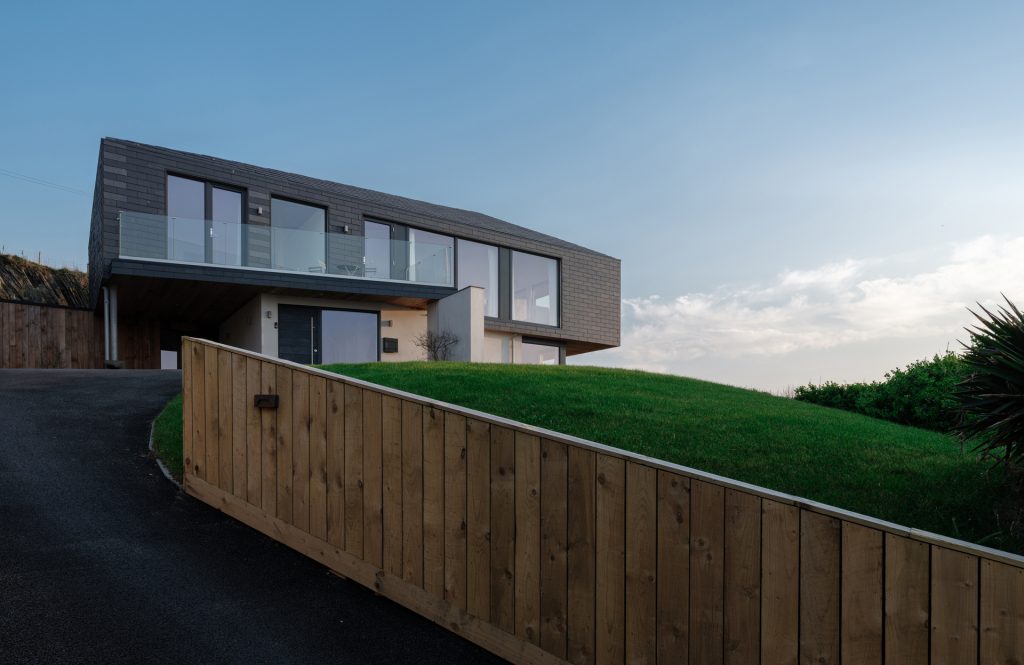 The couple add: “We really loved the proposal. The slate would blend seamlessly with the local landscape – both the cliffs behind the property as well as some of the other houses in the area, which also utilise natural slate. What’s more, the material is sympathetic to its environment.”

CUPACLAD is constructed using specially selected slates, which are dark in colour, creating a bold and dramatic look, particularly when utilised alongside lighter materials such as glass, timber and render.

CUPACLAD 101 Logic is made up of 40x20cm slates installed horizontally using fixing systems that are completely invisible once installed to avoid impacting the design.

As with the rest of the CUPACLAD 101 series, it is BBA certified, verifying that it has an incredibly low level of water absorption, test results show a value between 0.16 and 0.17%. This ensures that the material is not susceptible to frosting or hypothermal ageing. Furthermore, the BBA certificate demonstrates the slate is very resistant to high winds, fire and impacts.

Rhys Ben Wright from RBW Carpentry was then selected to install the slate system. A process made easier, thanks to the quality of the slate, with pre-drilled holes and self-drilling fixings.

What’s more, natural slate has a number of environmental benefits. According to research carried out by the University of Glasgow, it produces a limited amount of atmospheric carbon (1KgCO2/m2 over its lifetime) and has a low water and energy consumption rate. Furthermore, by sourcing natural slate from CUPA PIZARRAS, a carbon neutral company, David and Shirley’s cladding solution is verifiably sustainable.

Once the project was completed, David and Shirley were over the moon with their new home: “The cladding fits the landscape seamlessly, which is due to the properties of the slate, as well as Arwyn’s design. He was able to shape the building in such a way that it really fits with the outlines of the hilly surroundings.

“We were concerned that some of the slates would be lost in recent strong winds; however, the cladding remained completely intact. We would definitely recommend CUPACLAD.”

CUPA PIZARRAS’ slate is exclusively distributed by Taylor Maxwell to the UK market.

To find out more, about CUPACLAD, visit https://www.cupapizarras.com/uk/rainscreen-cladding/

To read about CUPA PIZARRAS’ Heavy 3 slate being used at a Scottish whisky distillery, click here.