The cameras allow users to find problem areas quickly, measure them precisely and document and report findings for corrective action.

The combination of the higher resolution detector accompanied by the variety of OSX lenses available allows users to view problem from longer distances with greater accuracy. 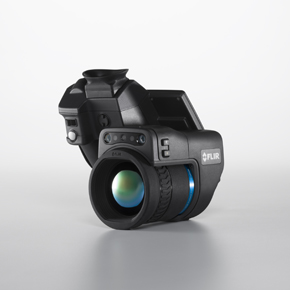 The camera is capable of advanced real0time image processing with the integrated on-board FLIR Vision Processor, which combines FLIR’s MSX multi-spectral dynamic imaging with a series of other proprietary image enhancement algorithms to deliver highly detailed thermal and visual images to users in the field.

Andy Teich, President and CEO of FLIR: “This new camera line forms a new upper corner in our Instruments segment’s value ladder with a complete ground-up development in optics, electronics, and software to support the new HD-IR detector.

The FLIR T1K series was specifically designed to provide industrial inspection experts all the tools they need to quickly and efficiently identify potential problems before they become failures.”

The FLIR T1K series is available through select channel partners and directly from FLIR. Initial models in the series include the FLIR T1020 and FLIR T1040.