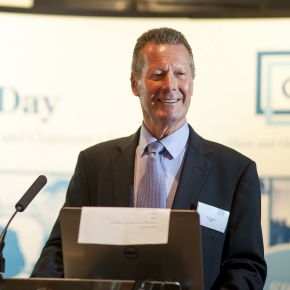 The Glass & Glazing Federation (GGF) has said it is aiming for a “special” year in 2017 as the organisation celebrates its 40th anniversary.

First established on the 13th January 1977, the GGF (formerly the Flat Glass Association prior to this) began in Mount Row in Mayfair, London after expanding to incorporate the insulating glass, safety glazing and glass benders associations, thus amalgamating the representative bodies of the major parts of the industry at that time.

The GGF has kicked off 2017 by announcing a series of special events, starting with a President’s Reception on the 2nd February in London. The GGF will then begin its 40th anniversary celebrations with a “Life begins at 40 Party”, taking place in the GGF Members Lounge at the FIT Show.

Celebrations will continue on 22nd September at the GGF Members Day, before the Federation concludes 2017 with the G17 Awards, this year held on the 17th November in London.

As the UK’s political landscape continues to change in unexpected ways, the GGF has created a new Political Strategy Group to ensure all the forthcoming policies and laws that affect companies in the industry are covered.

The Group will ensure all Members stay ahead of the curve, to cope with the impact of the inevitable forthcoming changes caused by Brexit, as well as incoming Government schemes such as “Each Home Counts”.

The Federation has also set up a new Systems House Group, which will be represented along with frame manufacturers on the GGF Board to ensure the full industry supply chain is considered at Board level and in future GGF strategies.

The GGF Member Get Member Scheme is now offering a 40% discount on Member’s subscription fees by recommending new Members in 2017. The GGF will also be hosting a series of Digital Marketing Workshops at regional meetings to explain how to make the most of the GGF’s online benefits.

Work has already begun on the new GGF trade website, promising a “vastly improved user experience” which is set for soft launch in July and full launch in September 2017. The Federation will also be introducing a commemorative logo and souvenirs to celebrate its 40th anniversary.

Commenting on the year ahead, Interim Chief Executive Brian Baker (pictured above) has said: “There’s never been a better or more important time to be part of the industry’s leading trade body. The year ahead presents many challenges and exciting opportunities and right at the heart of it all is the GGF, offering extensive support to help Members cope with the challenges and make the most of the opportunities.”

2017 will also see changes at the top of the GGF as Alan Burgess as the new GGF President and with the imminent appointment of a new Chief Executive.