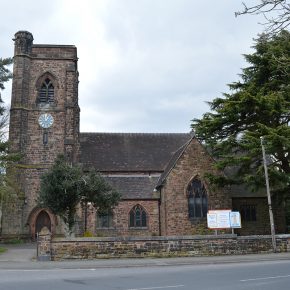 Working alongside Main Contractor, Stone Edge, and Architects, Brownhill Hayward Brown, the objective was to ensure noise and thermal insulation.

St Philip’s is a Grade II Listed Anglican Church in the Penn Fields Conservation Area, Wolverhampton. In the early 19th century, Penn Fields was essentially rural – open fields and a system of country lanes leading to Wolverhampton. As suburban life began to grow and with time, it moved west. 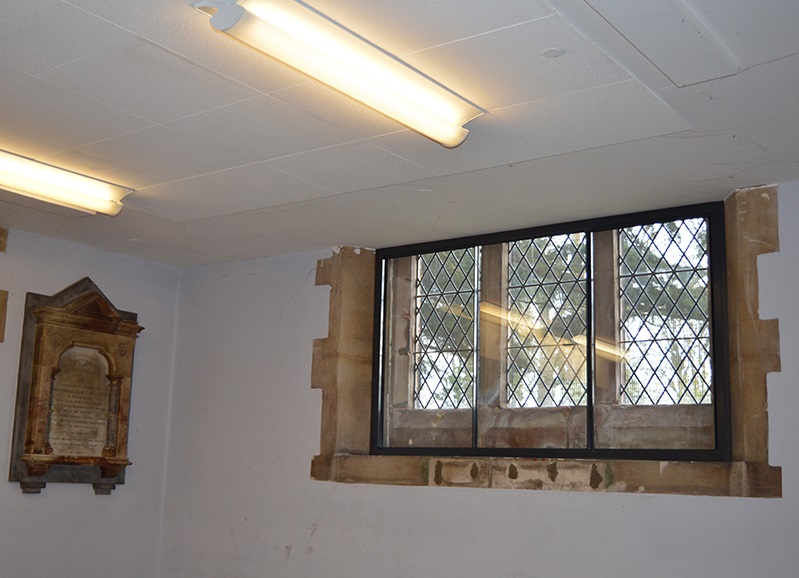 As part of the works, the original large gothic arched church windows, which could not be replaced, were in urgent need of an increase in thermal efficiency. This is so community activities downstairs, like children’s groups, can take place in a comfortable environment.

Furthermore, it was imperative that noise egress on the ground floor, which had internal and external facing windows, was lessened. It is important not to disturb those worshiping above on the upper floor.

Brownhill Hayward Brown got in contact with Selectaglaze, to explore secondary glazing treatment options that would complement the church windows and be effective in preventing noise ingress and egress and thermal insulation. Furthermore, access to the primary windows for ongoing maintenance and cleaning was requested. 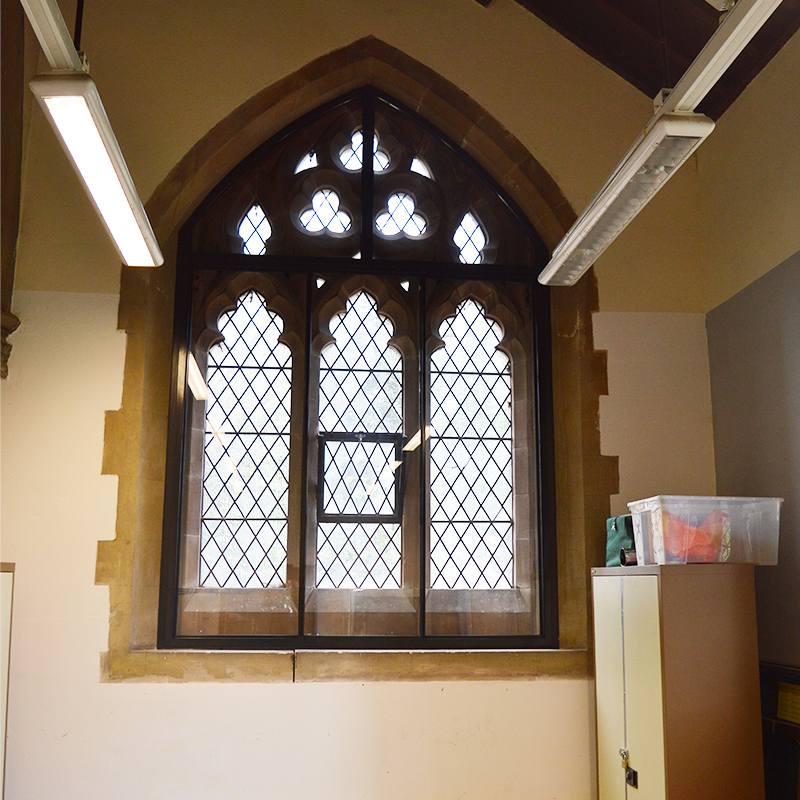 Selectaglaze secondary glazing fitted with standard glass can substantially reduce noise levels by up to 45dB and higher levels if thicker glass is used.

The bespoke units can mirror the lines of the original windows, including gothic arched, curved, round and curved on plan to guarantee original sightlines are not compromised. Moreover, secondary glazing placed in front of stained-glass panels can include anti-reflective glass to preserve clarity.

Given the sheer size of the church windows, and obscure shaping of the stone reveals on the ground floor, at first glance the installations looked challenging. But when Selectaglaze visited St Philip’s to survey, it was found that a simpler solution could be adopted.

The window reveals were deep enough to accept the standard fixing method, creating a cavity between the primary and secondary glazing to meet the required acoustic and thermal reductions. The arched windows on the first floor were supported by wooden frames but could still be adapted with an identical solution to the windows on the ground floor. 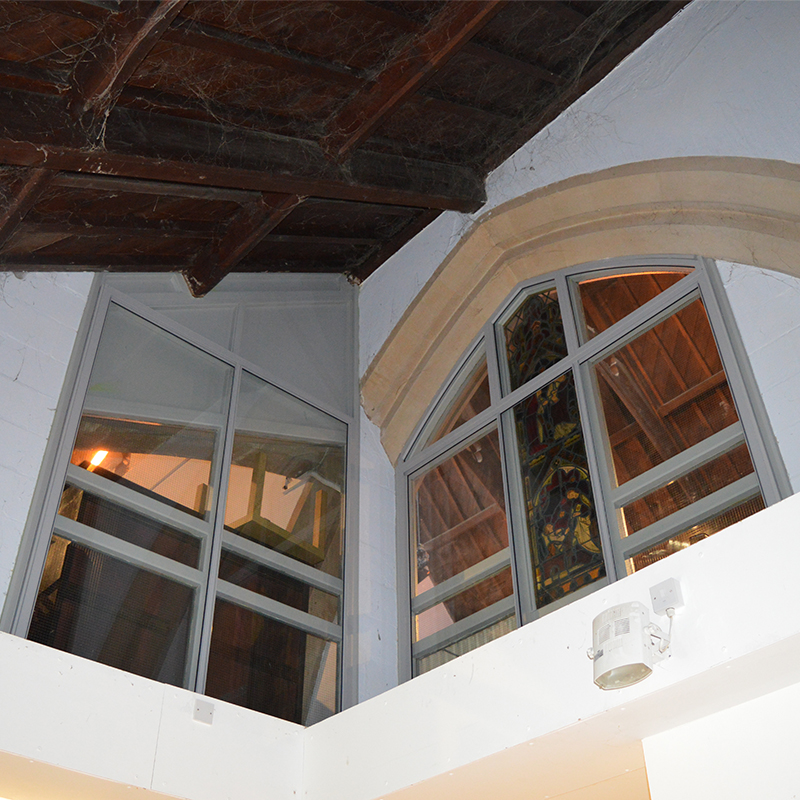 Fixed light secondary glazing can be coupled together with other products such as horizontal sliding units as over lights or side lights – perfect for arched windows as they can be shaped or curved to a full circle.

In each of the four stone openings on the ground floor, three Series 46 fixed lights were transom coupled to a Series 10 horizonal sliding unit.

The horizontal slider was installed in the lower half of the reveal for access to clean the primary windows, with the fixed lights coupled above to follow the tracery of the gorgeous original gothic arches.

The community space has now been made more thermally efficient with the addition of secondary glazing and the Church should start to see a reduction in heating costs, with less heat escaping and the draughts eliminated.

A similar installation was completed in the Church space on the first floor worship space in five wooden reveals. Series 46 fixed lights were transom coupled side by side above a Series 10 horizontal slider in each window opening with a good cavity to reduce noise egress. Events on the ground floor can be held at the same time as church services, without disrupting prayer.

Peter Smith, Vicar of St Philip’s Church, comments: “Aesthetically it all looks excellent, the thermal glazing on the external window does seem to make the community rooms considerably warmer when heated, as we have held small business meetings in them, however the acoustic glazing awaits fully testing its effectiveness as and when COVID restrictions allow.”

To read another Selectaglaze secondary glazing church, this one in Bolton, click here.