Dating back to 1856, Peltrace House in the town centre has been sympathetically converted into a spacious four-bedroomed dwelling, while still retaining many of its original architectural features – notably the striking original stained-glass windows.

Cirencester Baptist Church is one of the oldest Baptist Churches in England, with origins back to the English Civil War. A blue plaque on the front of the building states it was built ‘possibly on the site of the house of the widow Peltrace, where, from 1651, some 40 Baptists began to meet for worship.’ 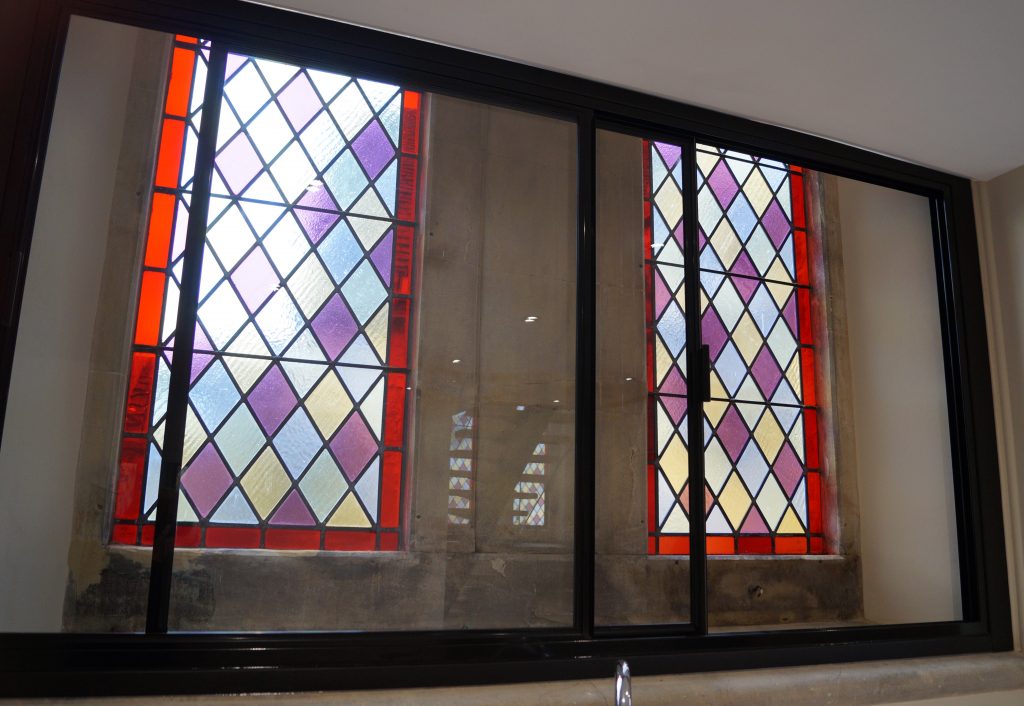 Mike comments: “Although secondary glazing was already installed in parts of the church, it was of poor quality. We decided to replace it with a system that not only fulfilled the thermal and acoustic requirements but was more in keeping and looked a lot nicer.

“I discussed with Granada Glazing what I needed, such as appearance and openings for access, and they designed the windows based on that.”

Granada’s role in the project

A total of ten windows were treated using Granada’s Heritage hinged casement and SS2 sliding sash units. The slim aluminium frames were finished in a black RAL 7006 powder coating. This enhances the heritage interior, stonework and colour of the stained glass.

The installation of secondary glazing acts as a second barrier preventing heat escaping and can drastically improve thermal insulation. This, in turn, reduces energy consumption.

Due to the large size of the hinged casements for the mezzanine window, these were brought to site in kit form and assembled on site prior to installation.

Secondary glazing units feature in windows in each of the four double bedrooms, en-suites and a separate bathroom, as well as the open-plan kitchen. Here a horizontal sliding unit appears in the lower part of the ‘bisected’ mezzanine window.

Mike Jeans concludes: “Granada’s secondary glazing benefits the building in terms of stopping heat loss, reducing external noise and it doesn’t impact on the original windows – everything it’s supposed to do. I’m incredibly pleased with it, it all blends in really nicely.”

To read another Granada case study that focuses on a historic building, click here.