Deep in the heart of Reading, near to Reading Abbey is the historic town hall, a magnificent Grade II Listed building that was constructed in stages between 1786 and 1897.

The Grade II Listed* main façade at the front of the building was conceived in 1875, by prominent architect Alfred Waterhouse in a Victorian Gothic design.

In 1943, the Town Hall fell victim to an air raid and some of the damage from then was visible until 1990, when restoration work was carried out on the building.

The town’s civic offices were situated in the Town Hall until 1976 but were removed when Reading Civic Centre was built. The library was also moved in 1986 to a dedicated building in the neighbouring Kings Road.

Following a huge refurbishment in 2000, the Town Hall consists of the Reading Museum, a large concert hall, conference rooms and a café. The Registry Office’s Ceremony Room, in the Grade II* section of the building, required better acoustic insulation on seven of the primary windows, to ensure minimal breakthrough of outside noise during wedding registries.

The building’s Listed status meant the traditional single glazed sash windows were retained as an important architectural feature and secondary glazing was chosen as a way of dealing with diminishing noise from the busy thoroughfare.

These needed to be engineered to meet the acoustic requirements but also had to be as discreet as possible.

23 units were installed to seven gigantic gothic arched primary windows in the Ceremonies Room.  The original windows were just over four metres high, so had to be treated with a combination of units for maximum acoustic insulation.

Each opening was treated with a combination of three or four transom coupled secondary glazed units and a Series 42 curved fixed light system affixed at the top.

The slimline Series 10 horizontal sliding units were specified for the lower areas of the wider windows, whereas the Series 45 side hung casement was selected for the narrower windows.

This meant sightlines from the primary windows were not compromised, irrespective of their differing widths. 6.4mm acoustic laminate glass was specified for each and a cavity of 100mm from the original windows ensured the secondary glazing units reduced noise levels by between 40-45dB. An extra benefit of this treatment was that the thermal controls were also enhanced, making the room warmer.

Well-constructed secondary glazing can play a crucial role in enhancing the environment of buildings of all styles – but as a reversible adaptation, it is particularly suited to Listed and traditional buildings.

Secondary glazing can achieve a substantial noise insulation of 45dB or more, reduce the U-value of a window to approximately 1.8 and enhance security though the use of strengthened glass and locks.

Shortly after the Selectaglaze installation, obscurity films were installed by the council to the bottom secondary glazing sashes to ensure enhanced privacy during wedding ceremonies.

The staff are impressed with the units and the change in noise levels is evident to all, meaning the joining of two people in wedded matrimony will now take place in a more peaceful, private and intimate moment. 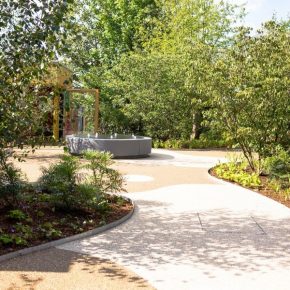 EverEdge on the impact of steel shortages

As steel shortages continue to impact the ability of EverEdge to manufacture its entire range, the company has made the difficult decision to limit its range.