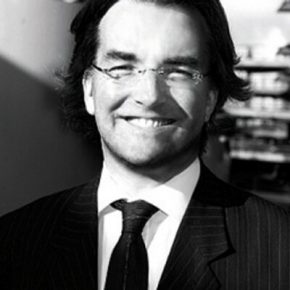 Mitsubishi Electric: Davos – Holding out for a hero

Whilst the spotlight shone brightest on climate celebrities and captains of industry, waiting in the wings at this year’s Davos conference were some of the usual suspects in the sustainability story, says Sustainable futurist, editor, journalist and speaker Jim McClelland, for Mitsubishi Electric.

“Climate and environment were the watchwords on everybody’s lips at last year’s Davos. Sustainability was the talk of the ski slopes and alarm bells were sounding on stage.

Veteran broadcaster Sir David Attenborough, then merely a sprightly 92, declared ‘the Garden of Eden is no more’.

At the other end of the age range, an emerging 16-year-old activist called Greta Thunberg famously urged us all to ‘act as if the house was on fire’.

Fast-forward 12 months and we are all a year older now, but has much actually changed?

Well, Madrid didn’t help. For starters, Davos kicked off 2020 hard on the heels of the end-of-year UN climate talks at COP25, which broke records for the duration of the debate, but little else (other than their spectacular lack of success). Policymakers in 2019 hadn’t so much passed the baton, as dropped it.

If the stakes were not high enough already, 2020 also happens to be a special year for the Davos community, since it marks the 50th anniversary of the World Economic Forum (WEF), its founding host.

The pressure to achieve something, anything, collectively was mounting. Newsfeeds were live-streaming scenes in Australia still thick with smoke from the worst wildfires in memory and the environment was ranking even higher on the agenda than ever before. For the first time in WEF history, severe threats to our climate accounted for all five of the top long-term concerns in its Global Risks Report.

Returning to address the annual meeting in the Swiss Alps, Greta Thunberg again captured the urgency of the global imperative: “Our house is still on fire. Your inaction is fuelling the flames by the hour.”

So, what got said and done at Davos?

A better kind of capitalism

In fairness, Founder and Executive Chairman of WEF, Klaus Schwab himself had anticipated matters somewhat with the December launch of a new ‘Davos Manifesto for a better kind of capitalism’. The more sustainable business mantra advocates for a sense of corporate ambition and purpose beyond simply keeping shareholders sweet; so, engaging all stakeholders in shared and sustained value creation.

With climate effectively becoming the default theme for this year’s event, Schwab had also penned an open letter to all Davos attendees, co-signed alongside the heads of Bank of America and Royal DSM, asking every company to commit to achieving net zero carbon emissions by 2050, or earlier.

Of course, to suggest there was absolute consensus around climate breakdown at any event where President Trump was speaking, would be, well… fake news. However, the changemakers were in both the ascendancy and the majority at Davos.

Straight-talking Marc Benioff, the billionaire Chairman and Co-Chief Executive Officer of Salesforce, summed up the situation in bald terms: “Capitalism as we have known it is dead. This obsession with maximising profits for shareholders alone has led to incredible inequality and a planetary emergency.”

Whilst the body corporate might be getting better at taking on board its wider responsibilities, however, it is hardly sporting a hair shirt, yet. Business remains necessarily upbeat and bullish about its role in any potential planet-saving turnaround. That said, change is in the air.

Along with the whiff of mortality about old-school capitalism, there is arguably also a hint of political pragmatism blowing through the markets at present. Business could use a little help.

The clue to the source of such help, brings us back full circle, as it were…

Fly the flag: Zeroes to heroes

Look at what we learned this year at Davos about the state of the circular economy. Launched there once more, the annual and increasingly influential Circularity Gap Report revealed for 2020 that the global economy is now only 8.6% circular. Two years ago, it was 9.1%.

In other words, in a world where global resource consumption has hit a record 100 billion tonnes for the first time, the proportion of all the minerals, fossil fuels, metals and biomass cycled back each year is just 8.6%. On the circular economy, in short, the news is not just bad, it is worse.

The Report describes the outlook for the circularity gap as looking bleak under ‘the dead hand of business as usual’ and issues a call to action that chimes with the climate message coming out of Davos: it declares that we desperately need transformative and correctional solutions; change is a must.

Where the Gap Report 2020 sounds a new note, though, is in identifying a player that is pivotal to progress on circularity, but also problematic: countries.

Countries are identified as critical facilitators of the circular economy — not because of what they achieved in the past, but what they could deliver in the future.

So, despite policymakers persistently proving top of the flops, the opportunity still exists for our elected zeroes to become heroes and legislate for sustainability.

In a time of Bolsonaro and Boris, never mind the Denier in Chief, Donald, the question is will they?”