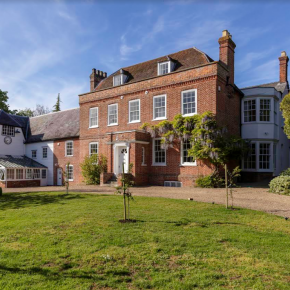 The name Blue Mills either refers to the blue wash used on the mill building, or to represent the mill being downstream from the other two Witham mills. Until the close of the 19th century it supplied flour for the manorial community. The original 16th century cottage is attached to a Georgian house (at the front), a sequence of early Victorian extensions, and a later Victorian house in 1872 (at the rear). 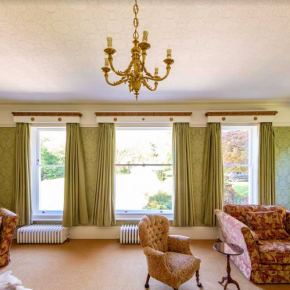 In recent years, the mill was used as office space for the previous owner. Today, it has been reinstated to its 18th century version, with surviving machinery used as adornments and effective monuments to pay homage to the proud history of Blue Mills. The turret clock which was purchased by previous owner Dr Grabham in the post milling era is still in place and in full working order.

The recent owners have lived in Blue Mills for almost 20 years and required a thermal solution with acoustic benefits, as the thermally inefficient primary windows that were previously across most of the house did little to preserve heat.

It was imperative to the owners that an effective resolution would complement the existing architecture of the building. They reached out to Selectaglaze for advice on the best possible treatments for their primary windows; a mixture of timber sash windows, fixed lights and inward or outward opening casements. The quirks and irregularities around some of the bay windows meant that a careful approach was required.

To start with, a technical advisor and surveyor from Selectaglaze visited the Mill to measure and assess all the windows that required improving. The owners were also keen to try and colour match the secondary frame in a wood-panelled room to make them as unobtrusive as possible. Moreover, they had requested for trickle vents to be included in the secondary glazing. But, the introduction of trickle vents can affect the noise insulation of the secondary glazing and with their addition; one runs the risk of creating moisture build-up between the primary and secondary windows.

Once the owners were pleased with the bespoke solutions suggested, they went ahead with the install. Despite the property being Listed, Maldon District Council confirmed that no formal Listed Building Consent was required for the works. 22 windows have been treated using a number of window styles: fixed light, vertical sliding and side-hung casements. Two windows in the wood-panelled room were fitted with Selectaglaze’s heritage Series 47 hinged casement system which was able to sit tight behind the wooden shutters, allowing their continued operation. The aluminium profiles were coloured in a woodgrain finish which colour matched the existing surrounds seamlessly.

The magnificent Billiard Room was fitted with four Series 45 side hung casements. Furthermore, a Series 25 vertical sliding unit was installed as one of the windows in the Billiard Room was larger than the other. The front door was treated with a mixture of two Series 42 fixed light units on either side of a Series 41 double-side hung casement, whilst the rear door was fitted with a Series 41 side hung casement. The bay windows on the ground and first floors were the most perplexing treatments because the primary windows were not plumb and true, due to the age of the building.

In order to prepare the bay windows for the secondary glazing, tapered timbers were fixed to the openings to square up the reveals.

The bedrooms in the Victorian part of the house had ventilators affixed within an enlarged timber sub-frame at the head of each secondary window, guaranteeing that there was sufficient ventilation to provide a change of air and to reduce condensation.

With the key issue being heat retention, the owners are delighted with their decision to use Selectaglaze. As the secondary glazing has proved to significantly reduced heat loss, along with high-performance seals eliminating draughts, more windows are due to be treated at Blue Mills later this year.

The lady of the house commented on the project: “We have been so impressed by the design of the windows and frames and the bespoke options. External noise has been all but eliminated and the air tight fittings and thickness of glass will significantly reduce our energy bill. The framings actually enhance the inherent beauty of the Georgian windows and in no way obscure the views outside. Initially we were focused on the windows at the back of the house but were so pleased with the outcome we doubled our order to include the front upper levels of the Georgian house. The Selectaglaze product has certainly transformed the living experience of our home.”