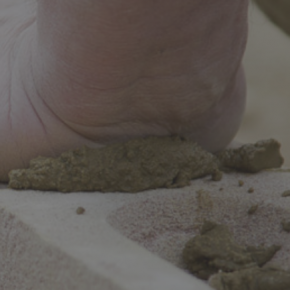 How can big housebuilders be encouraged or forced to adopt sustainable construction methods? – TV personality and creative director of George Clarke + Partners, George Clarke, looks at this issue for Mitsubishi Electric.

“The UK housebuilding industry is stuck in the dark ages. Now, you might think I’m being a bit harsh with this damning statement when all new build homes now have electricity, drainage, indoor toilets, insulation and double glazing.

Of course things have moved on since we were living in mud huts and uninsulated timber shacks, but I’m saying this in the context of how other industries have advanced at a faster, more sophisticated level in this digital, precision-engineered age.

Think about the level of R&D and innovation that goes into the design and manufacturing of cars, aeroplanes, phones, laptops and even the iPad I’m writing this blog on.

I’ve just been listening to an amazing podcast called ‘13 minutes to the Moon’ which, on the 50th anniversary of the Apollo Moon Landing, explores the dramatic sequence of events that led to the success of the lunar mission in 1969.

There are so many fact and statistics in that podcast that blow my mind, but there is one in particular that is off-the-scale!

The Apollo 11 onboard guidance computer, the most advanced small computer ever built at the time, weighed a whopping 32kg (yes a third of my body weight!) and had a minuscule 72k of memory!

They went to the moon with that!

The iPad I’m typing on right now weighs just 469 grams and has a massive 512 GB of memory and I’m more connected to the world now than we could have ever imagined just 20 years ago!

It is absolutely amazing how the way we design and make things has progressed in the modern age and because the rate of technological development is so rapid, we actually forget how astonishing the rate of change in our lifetime has been.

But, innovation in new build housing in Britain has moved at a snail’s pace in comparison.

Consider the construction sequence of a new-build house that the big volume house builders knock up today.

We dig foundations in the mud and then we pour in liquid concrete.

Concrete is one of the most ecological unfriendly building materials on the planet and we are using billions of tonnes of it.

We then wait for those foundations to set.

When it rains or snows it either slows down the work or stops it all together.

It’s so inefficient building in the great outdoors when using so many ‘wet’ building materials that take time to dry and set.

It can be weeks before we get the roof on and sometimes longer for the windows to go in.

We then continue to use wet-trades inside the house that take ages to build and even longer to dry out, pouring floor screeds, plastering walls (plastering walls is such an amazing skill but I still think it’s insane we do it rather than using pre-made, pre-finished boards!), laying and grouting floor and wall tiles.

If you’ve ever been on a building site in a half-finished house it’s a messy, dirty, dusty business with trades on top of each other trying to get their own job done so they can move onto the next.

It is THE most antiquated and unsustainable way of building as you can imagine.

Apart from a few modern additions this is generally the same way the Romans built houses!

Surely we can do better.

Time for the stick?

The argument from the industry is that if we change construction methods, improve quality and build more sustainably then that will drive up house prices.

I’ve made the case in a previous blog, which has been debated and argued, that if the government legislate to raise standards across the entire country then land prices should fall rather than house prices going up, because bids for land will reduce to absorb the additional construction costs, but that requires a level playing field of high quality, building standards.

Everyone is pricing and bidding on the provision of a higher quality home product, rather than bidding higher for land, winning the bid and then building a sub-standard product to make their profit.

So, what is an absolute fact is that the UK home building industry will not change until the government legislates for greener, higher quality new-build homes.

Few and far between

There are some innovative, green housebuilders out there trying their best to disrupt the industry, but they are very small scale and it’s difficult for them to complete with the big volume housebuilders because there just isn’t the level playing field for higher standards.

The government needs to create that level playing field.

But, it isn’t just about legislation.

Consumers, yes us the great British public, have a very important role to play here. We should demand industry change!

I know this isn’t easy, but the industry is so dependent on us to buy the homes that are being built.

If we think they aren’t good enough in terms of the design, build and ecological standards then we simply shouldn’t buy them.

I know this is easier said than done when there is so little choice around, but refusing to buy substandard products will help force industry change.

Thankfully, this is starting to happen.

Many people say to me “I wouldn’t buy a new-build house today as the rooms are too small and the build quality is terrible”.

As consumers we hold the cards. If the houses aren’t good enough then don’t buy them.

Developers building something ecologically unfriendly and substandard, making their large profits and then moving onto the next one just isn’t good enough anymore.

All of us, developers, builders, planners, local authorities, central government and house buyers should be passionate about building beautiful, affordable, ecological homes across the land.

It is our country, our built environment, our landscape and we should all be coming together to create a cultural shift that builds innovative 21st century housing that we will all be proud of.

Homes that we will love for the next 250 years!

We aren’t doing that at the moment. The nation is building homes that the public (and I know many politicians!) don’t particularly like, and surely that just daft.

Time for an ecological revolution

It’s time for the most dramatic green and ecological revolution in the home building industry. That sustainable change needs to happen now.

We must do this no matter how hard it is to achieve. Building cheap and badly and in an ecologically unfriendly way just isn’t an option for a planet that we are systematically destroying and for a country that should be innovating and leading the way.

But, the industry needs to be forced to do it, either by us as consumers, by government legislation or both!

It is time for the government to shine a big, green, renewably-powered light on a home building industry stuck in the unsustainable darkness.” 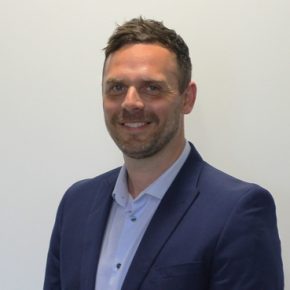 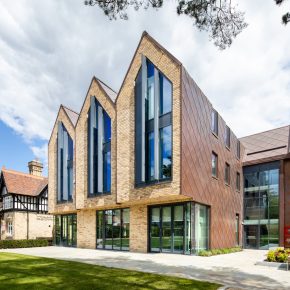 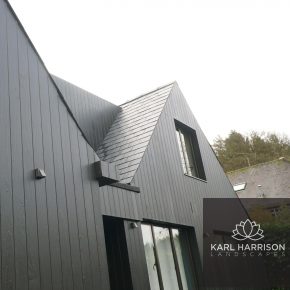 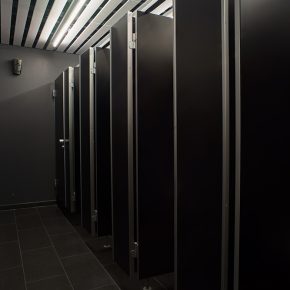