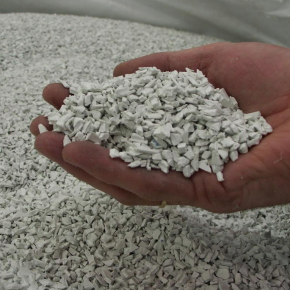 According to latest industry figures, the collection and recycling of waste PVC throughout Europe in 2017 has reached a new high of 639,648.

Recovinyl®, the PVC industry’s recycling scheme, was the largest contributor to this total, registering a total of 633,127 tonnes of recycled PVC waste in 2017.

Recovinyl was created in 2003 as part of Vinyl 2010, the predecessor of VinylPlus®, with the aim of advancing the sustainable development of the PVC industry by boosting the collection and recycling of waste.

Today, as part of the VinylPlus voluntary commitment to sustainable development of the European PVC industry, Recovinyl’s activities extend to optimising the resource efficiency of the PVC industry by mediating between recyclers and converters to establish a trustworthy relationship and material flow.

PVC is a strong, versatile and readily-recyclable material widely used in many modern building products; the most familiar in this sector being window frames, fascias and soffits.

Previously there was little or no recycling infrastructure in place to accept waste PVC-U frames, but since the creation of Recovinyl, this has changed massively.

PVC can be recycled multiple times without any loss of performance and reused in many diverse new and long-life products from construction products such as windows to flooring and electrical components.

Richard McKinlay, Head of Circular Economy at Axion, Recovinyl’s Regional Representative for the UK, comments: “Recovinyl continues to deliver impressive sustainable achievements in recycling a valuable material that was once consigned to landfill. On-going investment in recycling infrastructure, strong commitment from the construction sector and growing demand from manufacturers for good recycled material are all key factors.”

VEKA Recycling was one of the first Recovinyl recyclers in the UK, opening their Kent facility in 2007, followed by further investment in a Wellingborough plant in 2018. Working with strategic collection partners throughout the UK, it offers a reliable recycling service for recycling PVC frames and post-production off-cuts.

Simon Scholes, Commercial Director at VEKA Recycling, says: “There is greater awareness in the window industry that PVC can be recycled and we welcome the fact that profile manufacturers recognise this and are responding by recycling more. Investment is making the PVC recycling industry more professional and is helping to bring sustainability to the industry as a whole.”