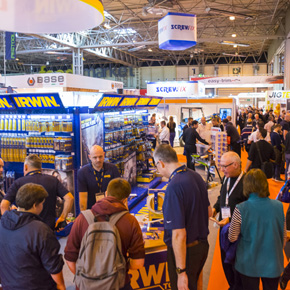 Howard Chapman, Buildingtalk Editor looks back at the top construction industry events of 2016 and looks forward to some of the best building industry trade shows planned for 2017.

We begin our review with two interesting industry events I attended in Europe during the Brexit vote year.

We will be launching more comprehensive details of industry events via a new feature on Buildingtalk later this month.

As part of a trip to Venice, my favourite European city, I took in a visit to the Architecture Biennale 2016 which was an inspiration for how central London could be transformed if it was largely free of cars and given back to its citizens and visitors. 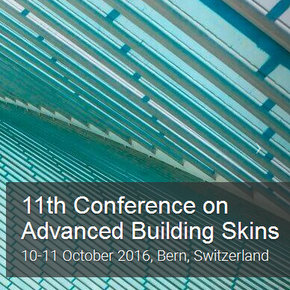 The Advanced Building Skins conference in Bern, Switzerland explored what is transforming architectural design including how the next generation of building-integrated photovoltaics (BIPV) are being used to replace conventional building materials in parts of the building envelope such as the roof, skylights, or facades. It also looked at the impact of BIM and large scale 3D printing of building components.

The two stand-out talks were: Paolo Zilli from Zaha Hadid Architects speaking about the parametrical design features and construction processes of the spectacular Generali Tower in Milan. And Vincenti Montes-Amoros briefed us on ‘Death-Ray buildings’, a topic we had just reviewed on Buildingtalk with an article by Andreas Karweger on ‘How glass facades can attack the environment’. 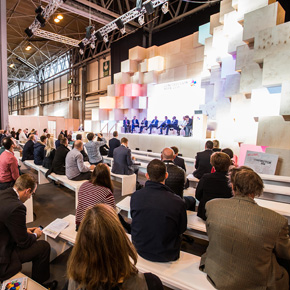 UK BIM Alliance was launched at Digital Construction Week in October to help drive BIM Level 2 across the wider industry as a foundation for the shift to BIM Level 3 towards 2025.

Explore Offsite in the Housing Sector

The latest in a series of building technology events, Explore Offsite in the Housing Sector, offered significant insights into solutions to the UK housing crisis and how we can build better homes at a faster pace.

This 3 day event focused on how we can eradicate work health risks and save lives – hence the catchy tag line ‘3 days to save a life’. 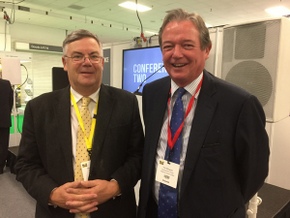 The highlight of the busy London Build conference was an opportunity to meet a very upbeat Phil Wilbraham, Heathrow Airport’s Development Director on the day the Government approved a third runway at Heathrow Airport to expand UK airport capacity.

UK Security Expo 2016 was a big success and is already the top security showcase attracting a worldwide audience. It was a great opportunity to take a closer look the latest in security as it impacts the built environment.

The winners of the 2016 Structural Timber Awards highlight top projects, products and people in structural timber across the UK. Sarah Wigglesworth Architects won the top awards for their Mellor Primary School project.

Held at the Leadenhall Building in London, the Schueco Excellence Awards, now in their third year, were set up to recognise outstanding architecture and the very best in the design and installation of Schueco systems

Here are the dates for just some of the building industry key trade events to add to your 2017 diary.

Schüco showcases the future of facades, windows and doors at BAU 2017

The only event in the UK that focuses soley on interior and exterior surfaces, 170 exhibitors showcasing the latest innovative materials.

Exhibition and conference for construction, design and energy in the built environment.

New London conference and exhibition showcases the use of materials during all stages of architecture, construction and design, from structure to finishing.

For professionals tasked with protecting assets, business, people and nations from terrorism. Exhibition and conference exploring the latest threats and solutions.

PHEX and PHEX+ plumbing and heating exhibitions are the leading regional trade shows for the installer, contractor and merchant sector.

The one UK event for all those involved in the manufacture and installation of windows, doors and conservatories.

Innovation in the built environment

Promotes excellence in structural timber across the UK

3 shows (BATIMAT, INTERCLIMA+ELEC and IDEOBAIN) come together with more than 2,600 French and International exhibitors and over 350,000 visitors.

Energy Management Exhibition – for everyone responsible for reducing their organisation’s energy consumption.